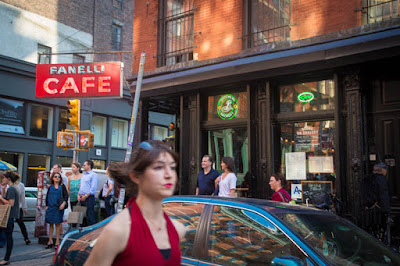 Worst debate ever.  Trump is awful, but Clinton didn't need help from the moderator.  He made sure Trump had to answer questions about the Birther Movement, income taxes, etc, but he never drilled Hillary about anything.  Trump would have lost the debate anyway, so his bias does nothing but give Trump another reason to say the press is attacking him.

Hillary would have looked better against any other republican nominee--Jeb, Little Marco, Ted. . . . Looking good against Trump doesn't do much for her, though.  Trump is so bad that beating him doesn't make you look good.

I wish I had skipped the debate.  I won't watch the next two.  It doesn't matter.  We all know what we have to do and debates aren't going to change that.

These are sickening times.  Good luck to us all.
Posted by cafe selavy at 8:31 AM