Strange and Terrible and Beautiful 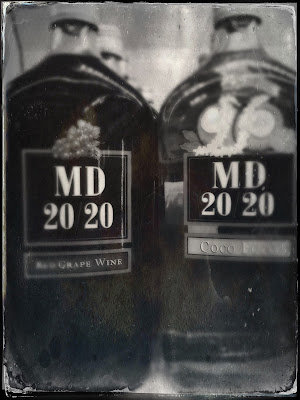 This is the only picture I have from the storm.  I wasn't in the mood for photography, just escape and release.  All store's closed, you take what you can get.

Escape, I did.  I am thankful.  The hours have stretched out and blurred together now, one day lasting a week, two days. . . .  On Thursday (was it Thursday?) I got up and began moving all things that might be projectile missiles into the garage.  Went shopping for tarps but got thirty feet of plastic on a roll instead because that was all that was left on the shelf.  Couldn't get D batteries, so bought a $35 flashlight the size of a hotdog--because that is all that was left on the shelf.  Filled jugs with water.  Put together a few days of food.  Then. . . looking at a giant Camphor tree limb over the bedroom that I thought would surely come down, I began to worry.  The across the street neighbor who helped take the trees off my destroyed apartment roof after Hurricane Charlie in 2004 came out yelling.

"I hope you have your insurance paid up!"

I cringed, for I am not sure what my insurance covers.  You see, after Charlie, all the big companies left the state, and to get new insurance with the little startups, I would have needed a new roof, new plumbing, and new electrical wiring.  I didn't have the money, so I went with Lloyd's of London.  It satisfied the mortgage company, but I know the coverage is minimal.

"I've got my chainsaws sharpened," he screamed.  "Those things are coming down."

He was fucking gleeful, I think, in the way that drug addicts with nothing to lose often are during devastation and destruction.  And I. . . I was a worried man with a worried mind (Dylan).

Just down the street, there was a tree company trimming up the biggest live oak you have ever seen, thousands of feet tall and full of archetypal southern moss.  The limbs were hanging over a beautiful old cracker house built in the '20s around the time mine was built, too.

"I wonder if I should ask them if they could take this limb down?"

I walked up the street just as they brought a big branch to the ground amid a flurry of yells.  I saw the limb roll over onto the boy on the ground's foot.  He yelled and tried to move it but he couldn't.

"Hey, hey!  I need help," he shouted, but nobody was paying attention.  I started walking over unsurely in my flip flops, but before I got there, another fellow caught on and they rolled the huge limb off his foot.  I turned around and went home.

A little later, I asked Ili, "Do you think I need to have them take this limb down?"

She walked me over to them with a "yes."  The head man, a tall Indian gentleman, came over.

"You have time to take down another limb?"

He came and took a look.

"O.K." I said.  And within minutes, he was standing with a nine year old boy who was going to be in charge of cutting my tree.

Alright.  But he was not over twenty-two.  And he was the happiest kid I think I've ever met.  He went up like a monkey with ropes and a chainsaw and started yelling directions down to the two guys on the ground.  And in short order, he had taken off the giant limb and another dangerous one besides without a bit of damage.  No shit, that kid was good.

The rain was falling.

"I'll be back," I told her while petting her and giving her love.  "You'll be fine."

I went to my mother's because I didn't want her to be alone.  It is what you do when you are an only child.  And Ili came with me.  We three would weather out the storm hoping hope against hope that none of the big trees came down on my house and that the roof would not leak badly enough to collapse the ceiling in the living room.  Our secondary hope was that the storm would stay offshore.  Our long-shot hope was that we would not lose power.

My mother made us dinner.  We watched the local news and the Weather Channel.  It was frustrating, but we watched and ate and drank the wine and the whiskey that I had brought.  All of our phones were busy, mine with group texts with friends and people from the factory.  About half the people lost power just after dark.  Local news predicted that some of it would not be restored for a week.

I woke often in the night.  The power was still on.  The house was still cool and dry.  What were the chances?  I predicted that the storm would stay off the coast that night as the land cooled and the storm sought warmth.  That would be significant.  There is a tremendous difference between one hundred mile an hour winds and seventy mile an hour winds.  I've seen it.  I watched as the bands of wind came during Charlie, only the final, strongest one snapping the four big oaks that came crashing down upon the house.

In the morning, we still had power.  We made coffee and turned on the t.v. to see.  The storm had stayed offshore.  Winds here were only gusting to sixty miles per hour in my own hometown.  I called my house and the answering machine picked up.  I still had power there.

A bit later, my friend texted me a picture my neighbor had texted him.  No trees down.  My roof was clear.

I stayed with my mother as the hurricane went north of us.  That is when the heaviest gusts began.  We sat in the garage with the door open watching the trees bend and dance.  I still had worries.

Mid-afternoon, I came home.  Big limbs had fallen during the afternoon gusts, but none had fallen on the roof.  For once, I was lucky.  I went inside expecting the worst.  The ceilings. . . oh. . . they were intact, not a sign of moisture anywhere.

I called my mother to report.  I was happy.  I would bring food and cook her dinner that night.

I have a bunch of work to do today to clean up the yard, but it is happy work.  I know people who were closer to or on the coast.  They had it much worse than I.  All in all, though, we were lucky.  It is a funny luck, for somewhere that storm is going to roll ashore and there are going to be others whose luck runs out.  As happy as I am, there is no celebrating.

I am already back to thinking of other things now.  If it isn't happening to us, it isn't happening, it seems.  There is not much hope, really.  We are strange and nature is terrible.  And then there is beauty.

I will think about the strange and terrible today as well as the beautiful.  And there will be some thanks giving.
Posted by cafe selavy at 7:53 AM