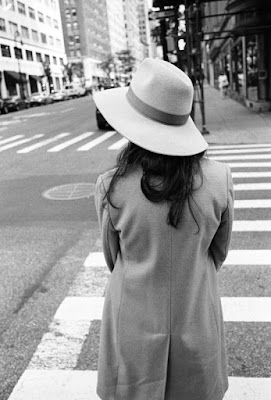 It is a grey day.  I don't want to work.  I don't want to write.  I don't want to do anything.  The morning began with an inglorious bang.  I was visited before dawn by the failures of my life.  Thinking in the dark.  It is the hell we create, I assume, when we do things that we might later regret.  The little hell of the early morning.  Maybe it was the Super Moon.  Surely that was it, being full just before sunrise.  Oh, God, yes.  That was certainly it through and through.

I am getting my Black Cat Liberator camera back after months of waiting.  It is fixed, but not fully.  It will work.  I can't, however, think of a thing to photograph.

I dreamed last night of having a studio again.  I would love to do that.

But as I say, I don't want to write today.  I bought "The Lesser Bohemians" by Eimear McBride yesterday.  The prose is sort of Joycean.  I hope it will give me a better ear again.  A better pen.
Posted by cafe selavy at 7:34 AM