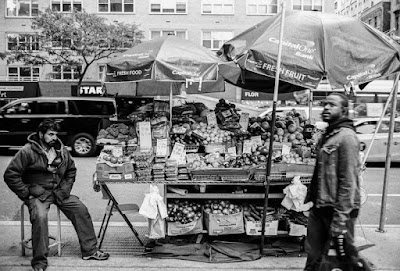 I'm a little surprised.  The left doesn't seem to have faith in the democratic process any longer.  O.K.  That's a big (over)generalization.  I'm referring to the protest marches last night across the country.  I wasn't there, so I am subject to seeing only what is presented by the media, but I read liberal media and what they are showing seems typical.  I think the professor who got fired in Missouri organized one of the marches (link) and this student helped with another (link).

I know, I know.  I can't help myself.  These are hideous examples and do not fairly represent what most people at the protests are like.  I have presented some logical phallacy that I can't remember the name of.

I just can't stop myself, it seems.  I think it is negative reinforcement.  I voted for Hillary, but I feel vilified if I say anything in support of the white working class from which I came.  I say "came" because I got out of there as fast as I could not really enamored of working, etc.  But I don't think the way they are characterized by the left is particularly accurate.  And if you want to win them over and change their minds, you certainly can't use caricatures to represent them the way I have just represented the left in the first part of this post.

It is easy to hate caricatures and abstractions.  I find it very difficult to hate an individual.  I can do it, but it is uncomfortable and very, very hard.

Remember Hitler?  He was a sensitive young artist who had some talent.  His work, however, was sentimental and harkened the past which didn't go over very well in the bohemian quarters of Vienna.  So I am told, anyway.  So. . . he got pissed.  And when he grew up, he dealt in generalizations and caricatures of his own.  He wanted to rid the world of bohemians who made him feel uncomfortable.