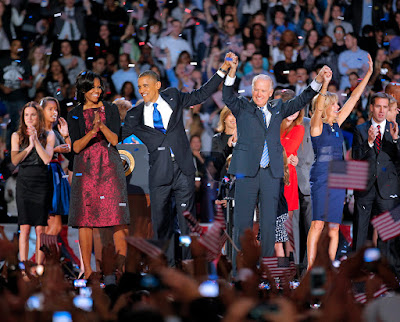 There's good news and bad news.  Which do you want to hear first?

I blame Hillary Clinton for Trump's victory.  I blame most of the people on the left.

The one person I don't blame is Obama.  He has been a voice of reason and inclusion.  I'm going to miss The Man They Wouldn't Let Be President.  Very much.

I texted all my friends early last night to say that the election was in the bag.  It was, but I had picked the wrong candidate.  I thought Clinton would win in a landslide.  I switched between networks.  I was surprised at the coverage.  Wolf Blitzer wouldn't shut up and let John King do his job.  He got on my last nerve, so I switched over to Fox.  I was surprised at how good the coverage was.  I don't think they could believe what they were seeing.  But the Face of the Night was Rachel Maddow's, smugness become outrage.  Vitriol personified.

I don't feel well today.  Maybe it is a virus, I don't know.  I want to check into a hotel for the weekend, some resort where I can float in the pool and look at the sky, someplace twice removed from reality.

I will listen to the unhappy theorists today.  I will try not to argue with them.  They are not going to be gracious losers, I think (link) (link).

I'm really going to miss Obama.
Posted by cafe selavy at 8:54 AM