Teen of the Year! 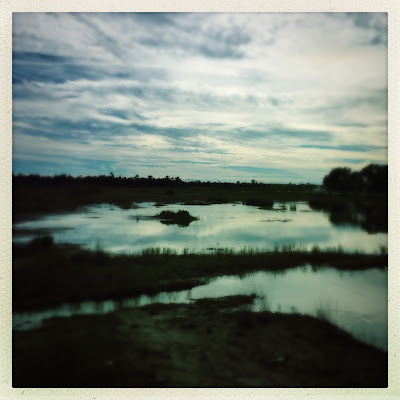 I spent the end of the year at home rather than away.  That wasn't the plan.  It is just the way things worked out.  But it is alright, really.  I don't mind.  I have had a lovely season and a wonderful time.

To break the pattern, though, we took a day trip to the coast, to a wildlife sanctuary, a salt marsh near the shore.  It was a cold day with wind, the skies a crazy, eerie blue, the clouds high and thin and ethereal.  The smell of a salt marsh is pungent and unmistakable.  We walked along the exposed mud flats and looked at the footprints of birds and raccoons and other things I couldn't identify, and around the little gator pools with the tell-tale wiggle-waggle gator tracks as the wind whistled and the birds called.  Stilt walkers and marsh ducks, gators and hogs and hawks.

It was a day of replenishment.

I took some cameras and made lots of photographs, but I haven't had time to work on them yet, so here are some of the pictures from the phone camera which are always pretty wonderful to look at in their strange and offbeat way.

We stopped at a Krystal "restaurant" before we came home.  Ili had never eaten one of the small, greasy Krystal burgers and as we were hungry, she was game.  It would be nostalgic for me, I thought, remembering those tiny hamburgers we used to buy late at night when I was a teenager.  It was "happy hour" at the Krystal, so I bought four of the little burgers.

We each ate one.  That was enough.  Surely they didn't taste this way when I was a kid?  The swampy smell of the wetland gave wayto the bathroom smell of the remaining burgers in the bag.  We waited for the grumbling of our stomachs on the long ride home, burping and laughing and wondering why we would even think to do such a thing.  I needed whiskey to cut the grease and kill the microbes.  Whiskey was more than an hour away. 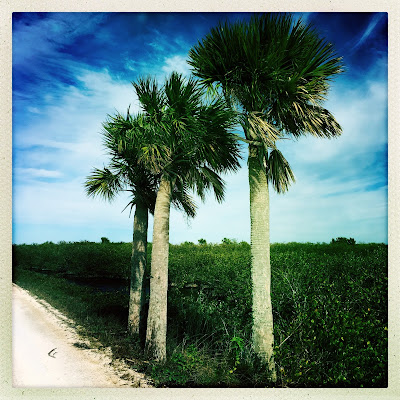 There is a little fish shack less than a mile from my house called Fish Co.  Years ago it began as a good little restaurant, but it was sold and changed hands several times becoming blander and blander with each transaction.  But Ili rediscovered it a month or so ago, and this is what she wanted.  That is what we got, soft lobster tacos and fish tacos on tissue thin fried blue corn shells and the best clam chowder south of the Mason-Dixon.  It is one of those miracles you cannot expect to last, so we eat there now as much as we can before the inevitable bad ending comes.  So last night there was that and there was good wine and later the whiskey.

Vacationing at home has been quite fattening and fine.

Speaking of cameras, I took my Canon DSLR with me yesterday and fell back in love with it.  It is not a cool camera for carrying on the street for sure, but when that doesn't matter, there is nothing better with which to shoot.  I have four prime lenses and a zoom, and yesterday they made sumptuous images easily.  If I had to have only one camera. . . .

But I took the Rollieflex, too, and it is a lovely camera as well.  I am scared, though,  about the exposures in that wicked light.   I will just have to develop the film today and see.

I am learning which camera(s) to take where and when.  I am becoming satisfied.  Now all that remains is for me to make some decent pictures.  That might happen (but I am fearfully unsure).

Today is the end of a very bad year.  I do not expect the next one to be any better, however, so I will celebrate as I can.  There will be a little champagne and a look at the stars over the lake before we take to bed.  And tomorrow we will have a good and lucky New Year's Feast for my mother.

But enough of that.  Now it is time to announce the Teen of the Year!  Here are the finalists.

Just kidding.  That was the old me.  Now I know there is nothing but trouble in that. 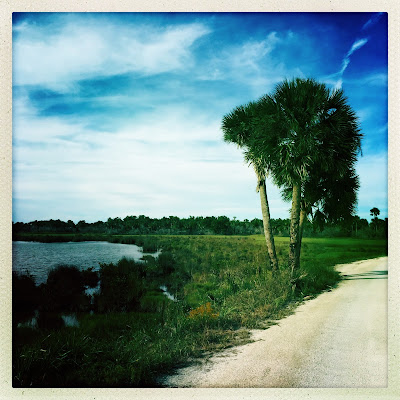