That's Not For You--You're Too Old For That 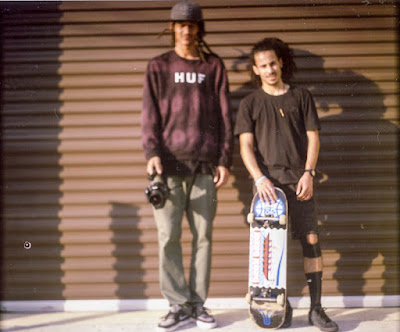 Here is the Fuji Instant 4x5 film version of the Black Cat Liberator picture I took of the skater and the videographer.  I missed focus--again.  I don't know if it is the camera or me, but the pictures are consistently off.  Last night I developed the black and white negatives in New55 R5 monobath developer.  I will scan those in a bit and see if they are off, too.  If so, I will have to send the camera back for more adjustments.  But looking at this picture, I think to myself, "What's the point?"  I mean, if this is what I am going to do with it, I might as well shoot with a toy camera.

And that is not a bad idea.

I developed a roll of film from the Leica M7 in the R5 monobath as well.  I'm not sure how I feel about that yet.  I need to scan them and see.

All of that took me a lot of effort last night, setting things up, taking them down.  I am spending hours trying to get a photograph that I can see.

Digital is so much easier.

Last night, I didn't buy a Leica M262 camera.  It was a demo camera and was being sold for more than a thousand dollars off list price.  Still, it was a lot of money.  I didn't buy it for days, then last night, it was gone.  I was almost glad.

Did you read about the internet outrage over "Last Tango in Paris" (link)?


They always bring up age.  What is that?  We are O.K. with that sort of discrimination, I guess.

The scandal is what they used for lube in that scene. 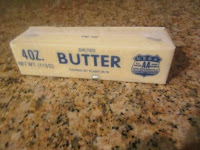 I'd think it would be about the $4,000.  I remember Brando asking her to cut his fingernails in that scene.

But the people involved in the "internet outrage" are a bit confused about the movie and its themes.  They probably haven't watched it, for the movie does not promote the values of Paul (Brando).  He is not a hero.  He is a fairly rotten character to whom we might be attracted because. . . well, because Brando plays him.

But outrage is the force de jeur.

Whatever.  I have expensive things to think about.  And I have to ask myself, "Why are bothering to take pictures?"

I have gotten really bad at it.
Posted by cafe selavy at 8:39 AM