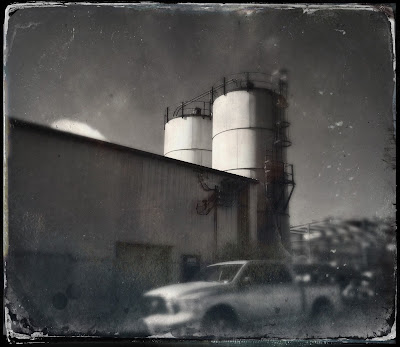 Saturday night we attended Vespers.  I hadn't been in years.  There are some truths that are always true.  Things are never as good as they used to be.  But Ili had never been, and for her, it was wonderful.  Set in the small, medieval-style chapel at Country Club College, lit by candles, the choir and the organ and the strings resonate somewhere deep within.  The robes.  The procession.

But the music had been updated to reflect the heterogeneity of the culture.  I mean, it wasn't medieval.  It wasn't in Latin.  There was a Hawaiian song, I think, and much that reflected black spirituals which I deplore.

I wanted the straight, medieval experience of the Europe where the little baby Jesus was born.

Afterwards, we got on the scooter and went to the far end of the boulevard for a Thai dinner.  It is a small restaurant and we sat at the four seated bar.  We are cool like that.

Sunday, Ili went to a baptism, so I had the day to myself.  I had brunch with a buddy who came up on his little Yamaha 400, so afterwards we went riding, a Vespa and a small motorbike.  My little scooter has plenty of guts, so cruising around town was not difficult at all.  It was even fun.  But as you know, I weary of company quickly, and so mid-afternoon, I said I had to go photograph and we parted ways.  There is always a sense of relief when I can make an exit and be on my own.  The experience is probably hormonal for it manifests itself in a physical sensation.  Freedom.

I took my little scooter in the direction of pictures.  I travel at a good speed for seeing things, for looking.  I am in no hurry.  I wander ever-so-slowly through backstreets and neighborhoods just looking.  I stopped and took the picture I have posted here in an alleyway off a central artery through the city.  I had my film Leica and took a snap, but I wanted to see it immediately and took a phone pic, too.  The phone image will probably be the better in some ways, but I will have to wait to see.

I drove downtown to the market in the park and walked through the afternoon crowd.  I don't think I clicked the shutter once.  There was nothing, really, and I have become gun shy with strangers.  And so, after a long walk amongst the throng (but not of the throng), I headed to a little restaurant where I sat for a mimosa at the bar.  The light was streaming in through the windows in hard beams, and so, with the greatest of trepidation, I snapped off a few pictures inside.  They won't be good, I assume, for I was nervous and much too shy.  I should have taken a photo of the barmaid, but she was either not in a good mood or she just didn't like me.  It could have been both, or it could have been my imagination, too, but whatever it was, my camera stayed put.  And that, pupils, is the way of not being a good photographer.  Take note.

As I sat at the bar, I got a text.  Ili was out of the baptism early.  No hurry, she said.  Enjoy the day.  But I was looking for an excuse, perhaps, to go home and put away my camera.  I had done what I had promised myself to do.  I had taken a camera out and photographed as I've pledged.  Every day.  I'm shooting film, so the results will be slow in coming, and I don't know what I have.  It will be a disappointment and a surprise.  But there will be something.

What I need is not to hear the factory whistle.  But I hear it.  It is blowing as I write.  And now I must obey, must put off the spiritual feelings of Vespers and the sense of freedom of the Vespa, and must put on my monkey suit and Harold Lloyd face and go to sit at my desk and process all the demands of the day.

Film processing tonight.  That is certain.
Posted by cafe selavy at 8:08 AM