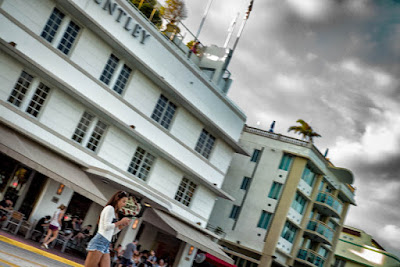 A new survey found that the most used drugs by Trump supporters are Adderall and meth.   Trump, an obvious Adderall abuser, admits himself that he never drinks.  There are claims that Obama has been smoking the ganja since he left the Whitehouse.  He knows how serious things are.  He knows what's coming.

You must remember that Nazis were speed freaks, too.  Take a look at Kellyanne Conway and tell me what you think.  That girl goes both ways, uppers in the morning and downers at night.  And, again, obviously Adderall.

If you have a prescription, it isn't illegal.

The second worse thing about Trump and his halfwit breed is the political left that they have created. I feel as if third graders are explaining to first graders what happens when the person on the low end of the teeter totter gets off.  They feel like geniuses.

"Jesus, can you believe these kids?  They're idiots!"

When the shit hits the fan, kiddies, nobody is going to care about Trans-Alt-Anything.  That is, unless a big Trannie army comes rushing over the wall armed to the teeth and kicking ass.  Led by Kim Jong-Un, of course.

Trump likes south Florida as long as it isn't Miami, I'll bet.  Miami is his Diasporian nightmare.  Miami looks like the alt-Trump future.  Myself?  I was used to the Jewish-Hispanic Miami of the past with a little Caribbean thrown in.  No longer.  When we were there last week, I thought everybody who wasn't Jewish or black was Hispanic.  Omar, the cab driver, for instance.

So when we went to the fancy-schmantzy restaurant bar below our condo, I made the same mistake.  Ili and I were sitting at the corner of the bar, she on one side of the L, me on the other.  Beside her were some fellows I didn't care for.  You know the ones, smarmy, slimy money guys whose posture assumes too much about their place in the world.  They moved like fellows who would get you killed, moved like they owned the place.  There were two fellows--Hispanics, I assumed--talking on their cell phones, smoking, ordering drinks like mob bosses.  When a third one showed up with his dog, a young husky, he just squeezed in too close to Ili.

So I said in a voice loud enough for everyone to hear, "Fuck these guys.  Change seats with me."

Ili looked mortified.  "I'm leaving if you do this.  Stop it."

I clenched my jaws and sat still while Ili bent down to pet the pup.

"What's his name?" she asked the fellow who had just squeezed in.

You know the rest.  Within minutes, the dog, the owner, and Ili were all best friends.  Nice guy, too.  He was from Estonia.  His friend was from Israel.  I was right about one thing.  They had money.  Estonia owned a trucking business and the Israeli owned sixty schmaltz shops across the state.  They owned a bunch of the condos in the area, too, and rented them out on Airbnb.  They could hook us up next time we were down, they said, and they gave Ili names and numbers for the future.

And they talked.  Man, they loved to talk.  I was fascinated by the Estonian's way of telling.  He walked his dog in a big empty lot where a condo building would soon rise.  There were two cats there all the time, he said, white ones with black spots on their backs right down by their tails.  Why the details, I wondered.  Why not just two cats?  But he told everything that way as he illustrated with his hands and arms.  He seemed to dance out the stories, really, in a narrative ballet.  His friend, the Israeli, was more low key, but he liked to tell tales, too.  He was in the Israeli army, he said.  His father was a very high ranking General.  You would think he would get preferential treatment, he said, but the opposite was true.  He had to hide everything from his father.  He told a story of being on patrol in Palestinian territory.  He was supposed to keep an eye on things covertly.  He had to spend two nights in the bushes, he said, with sandwiches and water.  It was awful.  If anyone saw him, he was supposed to jump them, knock them out, blindfold them, and call in help.  No one was to see him.  They had trained him for this, he said.

When he woke up in the morning, their was a Palestinian goat herder walking around, talking on his cellphone.  Two of his goats had come over and were eating the leaves off the bushes he was in.  He kept trying to shoo them away, he said, but they just kept eating the leaves until he was exposed.  He called his C.O. to report.  "These fucking goats are eating the bushes.  They won't go away."  The C.O. told him to tie the goat herder up.

He said he couldn't do what he was supposed to do.

"I didn't want to knock this old man out and tie him up and blindfold him.  I couldn't do it."  He laughed and took a draw from his cigarette.  "So they called my father.  He told them to put me in jail.  And they did.  It was my mother who got me out eventually.  My father wouldn't help me at all."

He had a big farm out of town, he said.  He needed lots of space for his kids and dogs.

The Estonian said, "He had a wolf out there.  The thing was this big," he said holding his hand to his hips.

"It was a cross between a wolf and an Akita," the Israeli explained.  "He would obey me, but you couldn't really train him.  I couldn't trust him.  He bit people.  I had to get rid of him."

"He had a party out there one night and the dog was sniffing around the food and a friend told him, 'No!' and pointed at him, and the dog bit right through his wrist.  What was he thinking?"  They both laughed.

"One night we had people over for some drinks.  My kids were there playing in the pool.  People were all over the place.  I walked into the garage to get something and the dog had attacked a girl.  He had her by the throat.  If I hadn't walked in, he would have killed her.  She was bitten all over.  I called the authorities and they took the dog.  I never called to get it back.  I don't know what happened to it."

Jesus Christ.  I was was wondering how he didn't go to jail, why he didn't get sued, but I was pretty sure I knew why.  There were no complaints filed.  That's not the way it worked.

Ili and I had been eating and drinking the whole time, first oysters and bacon wrapped fried sweet potatoes, then some baby back beef ribs.

"You have to try the Kama?" asked the Estonian.

I didn't know what he was saying.  It turned out to be the name of a dish at the restaurant.

"It's not on the menu.  You just have to know.  Sometimes they have it, sometimes they don't."  He called the barmaid over and asked if they had it tonight.  They did, so we ordered.  "You're going to love it," he said adamantly.

The dish came, the head of a big fish.  Grouper cheeks.

"They get them fresh off the boat."

Ili liked them.  They were buttery, soft.  I didn't mind them.  I needed another drink.

When we were done, we were tired and called for the check.  When it came, the Israeli said it was on him and threw down his credit card.  I paused for a moment.  I mean, the bill was outrageous.  But I came to quickly and told him no, of course not.

"I should be buying your drinks for all the tales you told."

We got up and everyone hugged and shook hands, and we said goodbye to the dog.

"I guess they weren't Hispanic," I laughed.

I just looked at her.

"It is an unlimited card.  It has no limit."

"I don't think he was doing that for me," I said.  "I should have punched him when I had the chance." I made a mean face and laughed.

Ili was right, of course, and I was wrong.  I'm usually wrong when it comes to social interactions.  But I wasn't wrong about those fellows.  They were what I thought they were.

I was right about a thing and wrong in my response, perhaps, much like Trump.  I would have gotten into a fight I probably wouldn't have won.  Let's hope Trump does not do the same.
Posted by cafe selavy at 9:09 AM