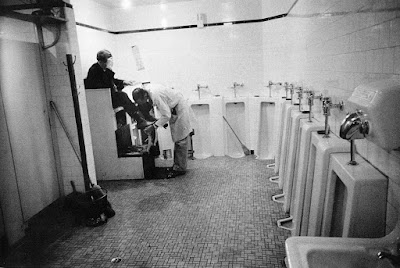 Last night, I discovered a documentary about Robert Frank that I have been wanting to see all year was available for renting on iTunes.  I have been looking at the website for this film and trying to find a showing near me.  I found one listed in Miami, but when I called the place it was listed to be showing for a single night, they had no idea what I was talking about.

So last night, I paid my money and took my chances.  I was eager to watch "Don't Blink."

It should be titled "Don't Watch."  It was pretty terrible.

The editing is atrocious, cut in some facsimile of old MTV music video style.  But worse.  There were beautiful images from the 25,000 photographs Frank took during the trans-continental trip that resulted in "The Americans" which did not made the book and which I had never seen.  They were on screen for milliseconds.  Frank himself comes off as an old shit who resents his fame but enjoys goofing on others.  His commentary on his artistic output is quotidian at best.  B-roll clips of the films he made with the Beats show them all to be childish buffoons.

How things change.  These are the people who influenced my youth.  New York City was beat, the rents cheap, the flophouses many.  They lived there, these people who rejected the capitalist system and the American obsession with material wealth.  They were the people who were mad to live, who valued the creative living more than accumulating things.

I still love Frank's early photographs.  Artists shouldn't be allowed to explain.  If their works are any good, they should remain a personal mystery.  Watching "Pull My Daisy," I was embarrassed for myself.  Sometimes now, reading Bukowski makes me feel the same way.  And, though I still enjoy him, I wonder how Tom Waits' performances will hold up.  It feels in ways like reading an old journal only to find that it was the poetry of Rod McKuen (link) that got you interested in the form.

Maybe it is simply the way of things.  This morning, I came across two book reviews that tickled me, at first, then made me wonder about my "mature" values.  It made me question myself, especially in light of having just watched the documentary.  Who am I?  What have I become? 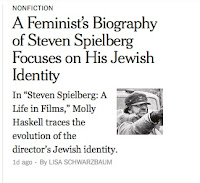 It seems to me like a perfect reflection of the recent Presidential election.  Oh, well.  No matter.  I simply wonder which book I should read first.
Posted by cafe selavy at 8:39 AM