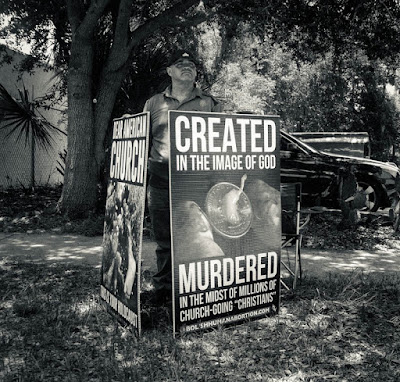 I barely remember taking this picture.  I was learning to use my Rollieflex and drove by some protesters outside an abortion clinic.  They made a pretty jarring sight, so I turned around, parked, and approached them with the weird little twin lens reflex camera around my neck.  I waved and positioned myself on the sidewalk, focussing the reversed image (I hoped) in the little mirror.  The camera makes barely a sound when the shutter is tripped.  I wound the film advance handle the half turn, looked up, and began to approach the group.

They were not happy, friendly people.  Surely, I thought, since they were standing out in public with hideously aggressive signs, they would be proud of what they were doing, but as I tried to take more pictures, many of the protesters would try to hide their faces.  There was one big, aggressive fellow, and in truth I thought I might get beaten.

"What are you doing?" one of them asked me.

"I saw you all when I was driving by and thought that this would make a strong photograph.  You don't mind, do you?"

I looked down into the camera to take another.

"I've just gotten this old, mechanical camera, and I am trying to learn how to use it, so forgive me for being so slow.  I'm not sure I'm doing it right."

"Do you want to pray with us?"

I took a couple more and waved to them as I turned to go.

I keep wondering why they want to cover their faces, though.

Well, maybe I know.  I was in college during the streaking craze, and one night my roommate and I joined in a large, naked parade.  Suddenly, there were t.v. lights and everyone picked up the pace.  As we went by the cameras, I turned my head away.

"Jesus, those are from. . .," I said to my roommate.  They were cameras for the news station in our own hometown.  "If our parents see this, they'll never send us any money."

Let me change the subject.  Really, I just want to give you some advice.  Never quit drinking when you are going back to work after a two week vacation.  That is the dumbest idea I've ever had.  When I came home last night, I was pacing the floor.

"What do people who don't drink do when they come home from work?"

The factory is going to be a bitch of a place to work this month, I think, without mirth, without levity, for everyone I talked to yesterday was having a No Drink January.  Can you imagine?  We all feel uncomfortably fat in our clothes, so it isn't just the drinking.  Everyone is on a diet, too.  The candy dishes have disappeared.

"What are you eating?!" I asked my secretary as I walked by her office.  She was chewing something.

"An almond," she said despondently.

The first two days were easy, but going back to work, it became torturous.  I kept thinking WWDDD?

What Would Don Draper Do?

I mean, you have to have some moral guidance, right?

Surely today will be easier.  As soon as I can put my socks on without crossing my legs. . . .

But that may take a while. 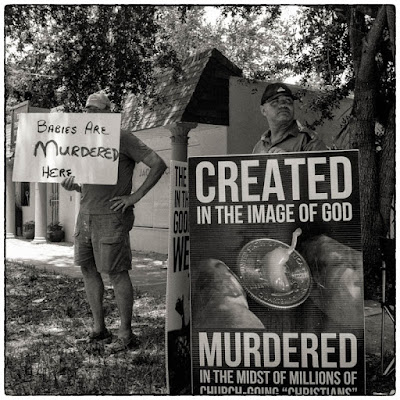