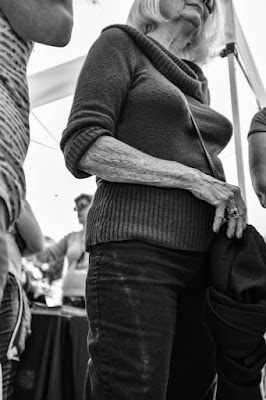 The truth is, I've never gotten an animal.  Animals have always gotten me.  I have never needed a pet.  They have needed me.  My dog was a starving street pup who followed me home to be fed and cared for.  My cat was attacked and sick.  In the end, I serve them.

Kit-kat is sick.  She has seizures and pisses all over the house.  No longer.  I have had to put her outside.  This is not cruel.  She has always had an indoor/outdoor life.  She is allowed into the house, but not while I'm not here.  I feel terrible about it and keep wondering at what point is it best to put her down.  Or is it better to let her go until she has a natural death?  There may be nothing as cruel as a "natural" death.

The problem is exacerbated by my intention to travel more.   A lot more.  Ili and I have booked several trips coming up.  We are trying to get out of town every month.  We have short and long trips coming up.  Leaving puss-puss out to die while we are gone seems wrong.  But maybe she won't.  Maybe she is doing well on the deck with her squirrel friends.  She acts just like them, even in sitting up on her haunches.  They gather about her without fear.

I want to do the best right thing.

No segue.  The Liar in Chief is making threats against those who will not vote his way in Congress.  Really?  But there will be those who fear even the Simple.  How long, oh lord, how long?

My favorite news story today is this (link).  My favorite line from the story is from Sophia Roosth, a Harvard historian of science:


“I don’t think the baby has to be thrown out with the bathwater,” she said

You'll have to read the story to see what I mean.  But I am for unfettered research.  The problem, according to the article, is ethics.  Really?  Ethics is from the same branch of philosophy as aesthetics.  Each is about a hierarchy of  values.  Ethics?  Whose?

Oh, well.  It is time to go work at the factory.  Tell me about ethics.