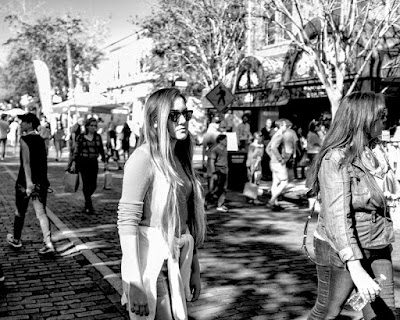 Here you can see the results of hitting the buttons on the Fuji X100F when I was carrying it.  Overexposure.  There is no way to get details back out of the blown highlights.

The First Day of Spring finished, the Annual Mating done, what is there to look forward to now?

Most Republicans think that Trump is doing a good job.  Think about that.  I live in a Republican neighborhood.  These are people who went to excellent colleges, people who make decisions that impact many, many lives--doctors, lawyers, judges, politicians.

And yet. . . the left still keeps acting like a bunch of wing nuts.

I've been involved in some arguments lately just because I can't keep my mouth shut.  I need to learn that talking doesn't help me with the social dynamic.  What happens is that I will ask a question or point out what I think is an assumption in the statement, then I am labelled a menace or something worse and am iced out of the conversation.

I try not to use phrases like "angry women's sewing society" or "beta males for justice," but maybe those are implicit in my body language.  I don't know.  That is what it seems like I've just said every time I join in the weenie roast.

Whenever people use language like"right" and "wrong,"for instance, I want to know where the foundation for those values are.  They are assumptions, I say.  I was in a conversation about the thirty or so gender/sexual orientations and pronoun usage the other day, and people kept referring to their "rights."  I wasn't sure exactly what they meant.  Were these legal rights granted by legislation or interpretation by the courts?  Were these inalienable rights or rights granted by god?

You will always get into trouble when you ask someone to explain what they mean (it is now optional to use the singular "they" pronoun).

When I pointed out that most people in the world would not agree that those were "rights," the shit hit the fan.

It seems we need a uniculture now, not diversity.  But it is more complicated than that.  We need diversity within the uniculture.  I'm not sure.  What I am pretty sure of, though, is that everyone wants to be in charge.

And still, I keep asking myself, "How much longer will Trump be President?"  I was not in favor of the "Not My President" movement before he was inaugurated, but he has had time already to do enough to get him impeached.  He has disqualified himself.

But forty-some percent of the country still supports him.

Certainly this is the end of the world.  These have to be End Times.  Everyone senses that the Nuclear Party is about to begin.

I am selfish.  I keep thinking, "Shit, there goes my retirement.  I will have worked my entire life in the factory, and now I will never get to enjoy doing something else." 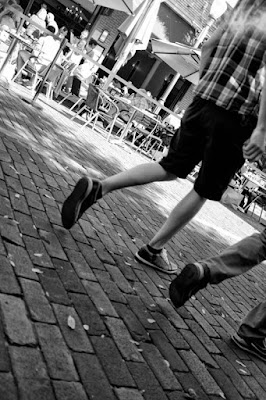 This is a stupid picture.  It might even qualify as not being a picture at all.  The mundanity of it is overwhelming.  It is worse than a poem about nothing at.

But I like it.  I know how much that can piss someone off.  I look at pictures people like that I think have no merit at all, and my reaction is next to violent.  But there are more than "Thirteen Ways of Looking at a Blackbird."  That was never meant to be an exhaustive list.

The ante has been raised, though.  We have become outraged by opinions.  And some of the most outraged have their finger on the trigger.

Weird times, man, but the kids don't think so.  Why would they?  Middlebury is the new norm.  Outsiders like you and me are now, as always. . . on our own.
Posted by cafe selavy at 8:27 AM