A Failure to Communicate 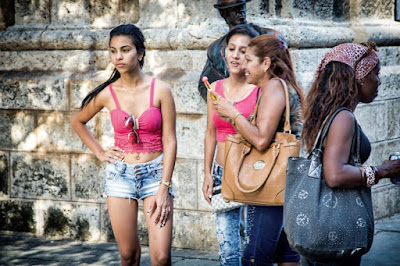 I read today that the women who settled sexual harassment suits with Bill O'Reilly have all been approached by Playboy to help relaunch the company's post-porn nudity magazine.  The dollar amount they agreed to be paid has not been revealed.

As Q says, "No, I kid."  Or is it, "I have a kid"?  Either way, I am certain they thought they were going to be producing legitimate news.

I liked Q's piece about wrestling Kendall Jenner.  I think he should rename the blog that.  Or maybe I will.  "Wrestling Kendall Jenner."  I didn't know who she was until I saw an article about her photography.  Ili told me she is somehow related to the Kardashians.  "But her butt?" I cried.  That got me the stink eye.

I need therapy.  I cannot transform on my own.  I think it will take some sort of boot camp or a re-education camp of the old Chinese kind.  Even then, I will need twice a week sessions.  It is nothing more than retraining the mind to think a different way.  It can be done.  That's what prison is for.  Once you've got your mind right, your free.

I keep hearing the words in my head over and over again: "What we've got here is a failure to communicate."