Sorry.  I just love photos like this one.  I don't know why, really, except it is a way our eyes never see.  It is like coming back to consciousness after sleep or getting knocked out.  I guess most people have never been knocked out, though, which is an odd thought in itself.  People may have been anesthetized or passed out due to chemical ingestion, but that is not the same.  Taking a blow to the head and then coming to is different.  I don't recommend it, of course.  But this photo reminds me of that.

Things are beginning to settle down as we get used to the New Normal.  Trump is winning, clearly.  All the media hype has produced little.  Whatever Trump does is how things are done now.  We have made a clean break with the past.  We now live in a post-historic era.  This is the result, I think, of teaching alt.history for so long.  There was history, then there was alt.history.  What kids learned from this is that the past was bad, that America has always been a truly awful place where misogyny and racism ruled a truly black-hearted population.  Until America finds its new multiracial transgender superhero, fascism will rule.

For the last couple of months, my t.v. watching trends have shifted.  I have been watching the evening news shows again.  I couldn't help myself.  It was like watching bodies being pulled from a train wreck.  It was horrible, but I couldn't make myself look away.

But I am sickened by it all now.  I can't watch it any longer.  All the wet panty reports exhorting the downfall of the Trump presidency are coming up empty.  Trump will prevail.

Humans are vile and disgusting things.  It is best to keep to yourself.  If literature is to teach us anything. . . .

Ili and I were talking about Paul Newman and Marlon Brando the other night.  She is gaining a new appreciation for Newman, she said.  Yes, I said, he was something.  It is difficult to tell Newman and Brando apart in photographs when they were young.  Of course Newman eventually won in the looks department.  But Newman was boring, I said.  Yes! Ili agreed vehemently.  That was the difference.  The difference between them was akin to looking at a two dimensional thing and then seeing it in 3D.  Brando was just more extreme.

I like Newman, just as I like Jimmy Carter.  Carter is a good man, I think.  But he puts me to sleep.  I sure as shittin' ain't going to read his biography.  Nor Newman's.

Brando was a fuck.  You wouldn't leave him alone in the room with your mother or your sister if you are anything like I am.  But I also have never been interested in the petting zoo.  We all know which of the animals is most fascinating.

Yes, Jimmy Carter reminds me of the petting zoo.  He was a great man and a great liberal and he was unable to do much as president.

Trump is an awful person.  All the good people will tell you so.

Still, Newman was pretty good when he played Hud.  I think I'll watch that film again to make certain. 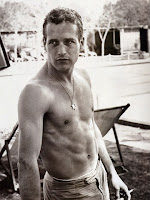