Did I Mention Scanning? 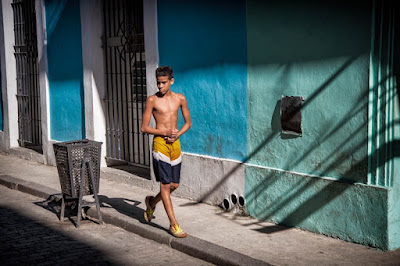 I get this romantic obsession with film.  Then I shoot it.  Then I process it or get it processed.  And then. . . .

I picked up some film I dropped off the other day.  I was looking forward to it.  Three rolls.  Everything on them sucked.  Nothing.  Nada.  It cost money and time to do that.

Yesterday, I got out a camera I had made for me back just before they announced they would stop making Polaroid instant film.  Cost me over $1,000 to have an old Polaroid 110 camera modified to take the 4x5 film back.  Sent it to a guy in Australia.  Took months.

I never shot with it.

So, I wanted to see if the camera is worth anything.  I shot some black and white film around the yard.  Then I had to get out the big changing tent and find the chemicals I needed to develop it.  Working in the kitchen, not a studio, everything was cramped.

The negatives looked good except for a mistake I made.  You might see tomorrow.

Then I shot some more film and used the New55 R5 monobath developer.  It didn't work. . . again.  I have tried to use that company's products over and over, but I finally have to admit that they are no good.  That company, to which I gave kickstarter money, has failed to come up with anything usable.

I did the same with the Impossible Project years ago before I gave up.

I will shoot some more film today, but I keep wondering why.  Why?  I should sell every film camera I have and buy the new Fuji GFX medium format digital camera.

I have been having work on the house.  I am trying everything I can to make it right, but I don't know.  Everything I do seems to be a mistake.  I am getting very close to the future and it is looking disastrous.  The past seems so good and so far away.