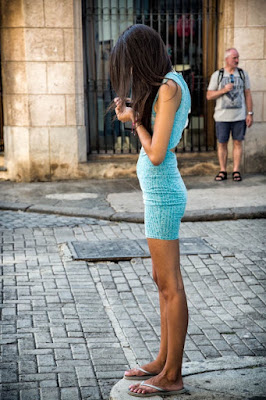 You can't even say, "Life used to be more fun" anymore without being accused of evincing Trump-like values.  Adapt or die, I guess.  But it seems true.  Back a long time ago--remember--when there was a big, healthy middle class.  Shit, I sound like the season of "South Park" about the 'member berries.'  'Member?  Memory has become a villain, I guess.  Of course it has.  It is truly suspect.  But I remember.  I wasn't even a real part of the middle class then.  I aspired to be.  Oh, god, how I wanted to have enough money to be middle class.  An income equivalent to my friend's.

My black friends (racially, not emotionally) remind me that the middle class was largely white then.

We march on into a perfectly sanitized future.

Don't tell anyone, but I love the dirty, dirty past, the worst parts like John Cassavetes and "Midnight Cowboy."

In Montana, some cowboy politician body slammed a reporter.  That's bad.  What's worse, though, is that the reporter would have been in more trouble if he had gotten up and beaten the shit out of the fellow.  That's what I wish had happened.  Just knock that shithead cowboy out.  But if I were a politician, I would want to punch a few snotty assed reporters.  I'm like that.  Cowboys and bikers are very, very polite for a reason.

I'd get tired of snotty assed little shits bugging me, too.

But there should be a time and a place for holding people accountable, where you can ask as many probing questions as you want and not be cut off by Spicer or some other emissary of injustice.  Trump should have to sit and answer every question.

But only at the right time.  Otherwise, he should be forgiven for body slamming someone.

Structure and order.  That is really biker law and the law of the west.

But most of my liberal friends are afraid of bikers and cowboys.  And I don't blame them.  By and large, making a sound argument might get you in trouble if it is the wrong argument.  Not with all of them, obviously, but even the smart cowboys know the rules are meant to protect you against the dumbass ones.  Don't confuse a pit bull.  You will think it is funny at first, but don't do it.

I just remembered something about the past.  I hated anyone called "Coach."  Jesus, they were awful.

Yup.  That's the way that memory works.  I think I'll go dig up some false memories about my ninth grade teacher.  I'll let you know how that works out.