Of Money and Desire 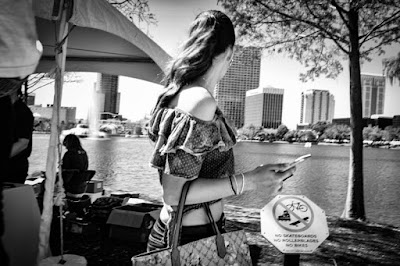 I sit here this morning looking at my Hasselblad 500 C/M camera with its Planar 2.8 Carl Zeiss lens, but what I want is the new Fujifilm GFX 50S medium format digital camera.  The same setup, camera and lens, would cost about $8,000.  I also have a Sonnar 150mm lens sitting on the table.  To get that lens for the GFX would be another $2,200.  So, for somewhere just over $10,000, I could have the same setup, only digital.  I want it bad.

So I sit here with all kinds of camera envy.

The easiest and most lovely camera to use that I have is the Fuji 100F.  People stop me in the streets wanting to look at it.  But the Leica M262 that I own (and got for a song) makes a better image.  I have been trying to shoot more with it.  However, I want the Leica M10.  And while I have a perfectly wonderful Summicron 50mm lens on it, I don't like the way it looks.  I can get one that I do like for just over $1,000.  The quality would be just slightly better, I think, but the lens is just prettier. I am like that.  I am exactly like that.

Confession is good for the soul.  But I'll be careful.  I don't want to confess everything.  Too much confession will land you someplace you didn't mean to go.

I had all sorts of plans for yesterday.  I was going to cull my recent photo collection, organize the files, make some small prints, etc.

Instead, I went to the gym, came home and had lunch with a glass of wine, then took a long, long nap from which I never completely woke.  I took a friend a Cohiba cigar from Cuba and ran into another friend on the way back.  Then I went to a fish restaurant and drank two margaritas with dinner.  And then I came home and crashed.

We, I should say.

Summer came rushing hard yesterday with high temperatures and humidity.  There is only one way to beat this kind of heat--water.  Not to drink, but to be in.  I may buy a kiddie pool to sit in.  I have done that before.  It works like anything.  Adiabatic cooling, it is called.  Evaporation takes the heat inside your body and disperses it.  You can seriously get hypothermic on a very hot day.

Of what would I take pictures, though?  I mean, I know what I want to do.  I also know of the incredible constraints.

If I could make just one picture like the ones I want to make today. . . .  If I could only be allowed to make one, you would all be in love with me again, or hate me, but your reaction would be strong.  How I burn to make one.

"Sometimes you just have to do the wrong thing."

And I wonder why I'm not always understood.
Posted by cafe selavy at 7:46 AM