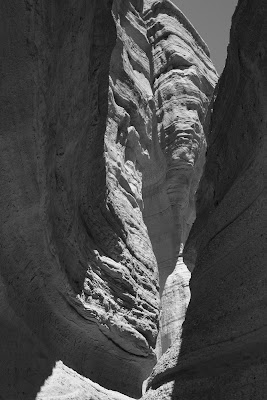 I think I am feeling better this morning, though it is early and hard to tell.  The strangeness of waking is still with me.

Workshop, Day II:  Better but not great.  There were still many technical problems with the printers and inks, and since I am learning from the fellow who invented it all, I am less than inspired to invest in this very expensive system.  But I made prints yesterday, and they were better than the day before. Today we learn his newest, most expensive system.  Maybe.  As always. . . we'll see.

But as I go through the workshop, I wonder about how invested I want to be in black and white photography.  The problem for me is that I am converting color images.  I printed some scans of images made on black and white film yesterday, and they pleased me much more.  I think it is the conversion issue that bothers me.  A thing should be what it is.  Maybe if I bought another Monochrom camera, I'd feel better about it.

All morning, I've been thinking about my old Polaroid hybrid prints.  They are soft in texture and color.  I like the tones and hues of them.  Maybe, I thought, if I could get digital images to be that soft. . . .  Maybe I am just never satisfied with what is in front of me.  It might be a character flaw.

I am the only one at the workshop making prints with people in them.  Now there are some emerging photographers at this workshop with shows in NYC and London.  One has a book in preparation.  There images are of shapes and forms and textures, graphical things.  One from a major institution is an architectural photographer who sold out a show in L.A. I mentioned this to Ili last night, and she said that pictures of people are very particular and perhaps not something someone would hang on their wall.  I agreed mostly because people want decorative things, I think.  But the question for me is always about what the picture is trying to say.  What is the idea behind it?  I told Ili that I tried for archetype in my photos of people, wanted them to be allegorical or symbolic of something and not be the literal thing itself.

I am conditioned by people, so I have printed some images of canyon walls and architectural shapes in the workshop.  The images with people in them, though, are the ones that get the most attention.

So today, I give you an image I have prepared to print today. Maybe.  It means nothing to me, really.

I think that I am not a printmaker and I am in a printmaking workshop.  It only just occurred to me.  I like snapshots and fucked up images and am not careful in my printing.  Robert Frank, Diane Arbus, Vivian Maier--these were people who didn't make good prints.  They were not printmakers.  They were photographers.  Duane Michaels used to have his prints made at the drugstore.  But the people in the workshop are detail oriented. They are about making printed images.  They notice everything in the print, every nuance.  I am sloppy and happy to get most of the way there.  I am a reluctant printmaker.  But it is a necessity and I am learning.  I learn it and can do it, but that is not my passion in image making.

With this realization, I go to today's workshop with a different attitude.  I will focus on the print more than the image.  It may change me. 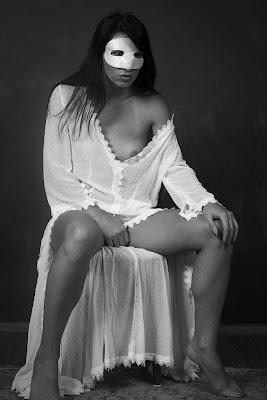