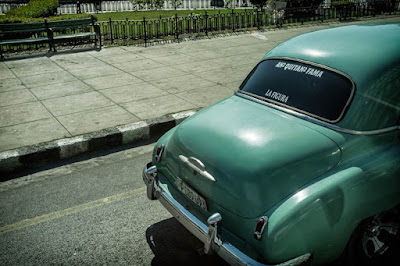 More rain, no roofer.  Not yet.  Today, he says.  She, rather.  I only spoke to the office supervisor.  I don't think I am allowed to use the word "secretary" any longer.

My panic has subsided as panic will.  There is only so much you can sustain before you become numb.  I know people have it worse.  I have resolutely decided, however, that I don't want to be one of them.

That is probably wrong as well.

But I have known such people.  All of them want more.  They all wish to have the boss's job.  Economic insecurity is not enviable, it seems.

It is summer, time for vacationing once again.  And, once again, the bills mount up and I will not be able to go.  How many years now?

The Obamas just bought a house for eight million dollars.  It is a much larger house than mine.  Ha.  Still, they leased office space elsewhere.  I'm pretty sure they are not feeling badly because other people have it worse than they.  They are not shipping their daughters off to school in Haiti.

Money is all, it seems.  I mean, you can be transgender now.  Yay.  You know Bob, the guy down the street who now can pee wherever he wants?  No?  But you know Jenner, right?  I mean, its all about the money.

I saw an article on celebrities who died broke.  Mickey Rooney, Sammy Davis Junior.  I had to wonder what they meant by "broke."

There is a 100% chance of rain today, but I just got a call from the roofing company.  There will be someone here to fix the leak soon.  That is what the office supervisor said.