The Drawer (and Everything Else) Remains a Mystery 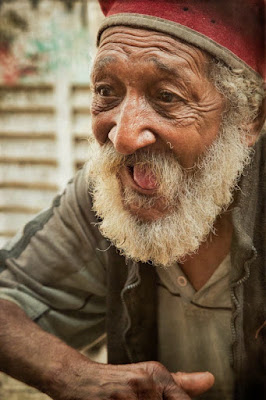 The roofers came yesterday.  They were here for a long time.  In the end, they gave up.

"Is there still a leak?"

While they were here, though, I had to be here, for they needed to get into the attic so they could watch the water pour in while they sprayed the outside with the hose.  Nothing unexpected happened.  The water ran down, as it will, and found its way into the cabinets in the kitchen, out the cabinet doors, and onto the floor.  They watched that happen for a long time, fascinated, I assumed, by the resolute relentlessness of it.

I, of course, knew the water would never go up, so I spent my time at the computer working on some images.  It was the first time I have had the opportunity to do more than run them through the "perfunctory" processing in Lightroom.  I don't mean to say that I don't work on the images there.  It takes a bit of time.  But I have not gone the extra step, have not taken them into Photoshop and performed all of my "secret processes."  You might not be able to tell, of course, and that is good, but I can.  I know what is going on, and I like it.

The roofers left around noon.  I called into work and said I would not be in.  I was computer-bound.

I have a drawer in the bathroom in which I keep my razor and other needed accoutrements and beauty aids.  If you pull it out too far, something happens.  I don't know what, exactly, but it comes off the track so that it is in danger of falling out completely.  When this happens, I pull it all the way out and set it right back in its tracks and it is fine.  I never pull it out far enough for it to fall off its tracks after that, but from time to time when I pull it out, it is all f'ed up.  And I wonder--who does that?  Sometimes I suspect the maids, but why would they be going into my drawer?  Are they curious or are they looking for drugs?

And of course I blame Ili who says she never goes in there.

This has been happening for years, and I have never had enough curiosity or energy to figure it out and find a cure.  It would require too much, I guess, squatting down and bending and twisting my neck to look up at the underside of the thing.  It seems too painful and irritating to remedy such a small matter.

That is the way I feel about almost everything, though.  When I watch the roofers or the house repairmen, I am ashamed that I, an able-bodied man, ask them to scrape their knuckles and ruin their knees and backs.  And so, when I talk to the roofing boss, I will be thinking about my lack of desire to fix the drawer.  It will make arguing with him more difficult in some psychological/spiritual way.

But I have skills.  I can run a department at the factory, and I can make a picture sing sometimes, and maybe they don't want to do that.

I don't know.  I'm just tired of despairing about air conditioners and roofs.  And everything else.  I have knowledge that others don't have, and that (I am telling myself) should count for something.
Posted by cafe selavy at 7:58 AM