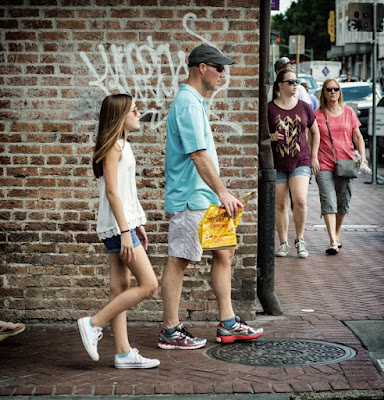 Summer.  It isn't what it used to be.  I said something like that to my mother last night mentioning climate change.

"Oh, I don't know anything about that.  I know that the weather has changed over the centuries, ice ages and such."

I let it go.  What was I going to do, argue?  I could have asked, "How do you know about that?  Scientists?"  But it wouldn't have mattered.  People choose the science they want to believe.

Everything around my house is covered in green moss, the stepping stones, the bottom of the fence.  Fungus and mildew and mold thrive.

The dems lost again last night in Georgia.  The party just doesn't get it.  "Alternative" life(styles) are now conflated with climate change.  Bill Cosby illustrates part of the problem.  He is being persecuted because he is black.  Wait, no. . . he is an exploiter of women.  Either way, conservatives are his biggest supporters.  He represents traditional values, education and all that.

Shit, you figure it out.  Or don't.  The climate has always changed.

Besides, I am back to work.  One day, and I crawled home too exhausted to move.  Out west, I thought of all the ways I was going to improve my life.  I couldn't think of them last night.  There are only so many hours in the day, and the factory takes the core out of them like the kid who will only eat the heart of the melon.  One day, and I am left once again with the rind.

To wit, I can't linger here too long this morning.  There are weights to be moved and a treadmill to experience before a long day at the factory.  Then. . . I get beautified.  That will take a good number of hours, and when I get home, it will be late and I will be too tired to do the things I think to do this morning.  You know what I mean?  Probably not.  Most of you do not work.  You are an indolent lot lolling around on summer beaches in cooler climes like latter day Kennedys or the Kardashians, I know.

And so I go to work. . . for the good of those who do not work or believe in climate change.