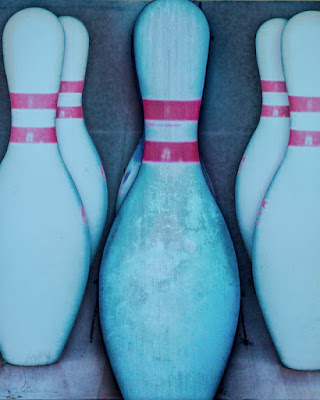 There are words that make my skin crawl.  "Leadership" is high on the list.  It has been a tremendous buzz word for years.  Boards and elected officials love to use the word.  There are leadership seminars and leadership conferences.  Your county's Chamber of Commerce probably has a county leadership team.

What a bunch of putzes.

I've seen minor league leadership academies.  The factory has one.  They get together and learn to eat with forks and knives and in which order to pick them up when the meal is brought in servings.  I've seen them, I tell you, all sitting with their identical polo shirts embroidered with the words "Leadership Academy" on them lined up at tables like inmates.  Once in awhile the regal ruler will come in and throw them some peanuts.

We have evaluations and awards at the factory, too.  I am in charge of a lot of evaluations.  They are done in private, of course, using a flawed, almost worthless tool.  But some people get better evaluations than others, and some are sterling.  Again, these are done is secret so nobody knows.  You can't point to one worker and say, "Judy is sterling, better than the rest of you, and here is why."  Of course.  But the awards are equally opaque.  We give "Worker of the Year" awards for which there is a process but no criteria.  We pretend there are criteria, or at least campus "leaders" under the auspices of the "ruler" do, but there are not.  I've asked for them before.  Many times.  I am given the procedures.  "But these are not criteria," I say.  "We give the awards year after year, but I never know what the winners do that makes them exceptional.  How are we supposed to emulate this special behavior if we don't even know what it is?"

That wins me the stink eye ever time.

But people apply and win--eventually.  You have to be nominated a few times before you are allowed to get an award.  That is the one one of the criteria I have gleaned.

Again, even those who know better.

There is a stupid slogan at the factory: "Lead from Where You Are."  I shit you not.  I don't have the energy to put into words how badly this makes me cringe.  But I like it in some ways, too.  It is a revelation of the bosses disdain for the "little people."  Even from the bottom, they imply, for our factory is truly a hierarchy.

Postmodernism was about leveling hierarchies, at least ostensibly.  Forget the hierarchy.  Things are a labyrinth.  But many groups used postmodern to promote their own agendas.  Once you've overturned one hierarchy, you are supposed to upend the next, but that has proven not to be practical, so what theory and theorists have given us are the tools of the new rulers.  Trump is King because his crew have learned to use the tools in order to deceive and manipulate.  They overturned the old apple cart.  Now they are selling apples.

O.K.  That is a dumbly abrupt ending, but I'm done.  I mean, that's a long way to go based on a dislike of the word "leadership," right?  I have others, but I'm done complaining (almost said bitching, but I could hear my boy feminist friend asking why I had to be so misogynistic and then I'd have to explain why I think feminists are like republicans in their usurping of theory for a political purpose and I don't want to.  Besides, he usually makes me look undereducated on the subject).  And besides, I was only talking to those who already agree with me. 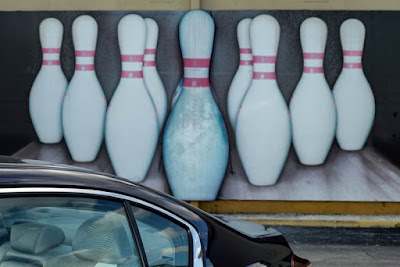