A Clean and Cheerful People 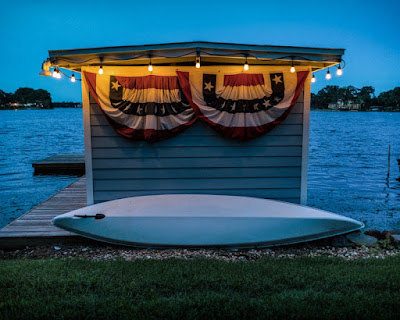 I was at lunch with my boss yesterday at a fish taco place that is popular.  As we stood in line, I remarked the "office people" there.  They intrigue me.  I love the way they look, mostly.  Then men where that office uniform that is so crisp and professional.  The women, though, seem to have many more clothing options.  They, too, look crisp like newly minted money.  I am always disheveled at best and just sloppy looking at worst.  I look best that way, I'm afraid.  In office professional clothing, I look like something out of a wax museum.  I am lucky that I am allowed to get away with my sartorial sins.

"Do you know any of these people?" I asked.

"Do you know any people who have these kind of jobs, office people, you know, the ones who go to work and have a lunch break then go back again?"

I realized I don't.  I have had friends who work, but they are lawyers and brokers and though they are busy, they pretty much make their own schedules.  They don't have set lunch hours and they don't punch a clock.  But I don't know any branch bank employees or people working in insurance offices.  Etc.  That I had never realized that until this moment rather shocked me.

My boss just looked at me quizzically like a dog who hears the words, "Do you want. . . " which it understands then hears the words "vacuum cleaner," head cocked at 45 degrees, eyes squinting.

"They fascinate me," I said.  "Look at them.  They are all clean and cheerful."

I realized I sounded like James A. Fitzpatrick in the old "Travel Talks" newsreels (link).  I hate to admit how much influence such things had on me as I grew up.  I could just as easily have said, "Here we have come upon a rather large group of office workers out on their daily lunch break.  They are an attractive and industrious crew, such a clean and cheerful people."

I guess at the moment, though, that is what I was feeling.

The women.  I don't know how they do it.  I don't know where they get their clothing.  Target, I imagine.  I can see them there in my mind's eye going through the clothing section.  And again, I am ashamed to say I hear the Updikian voice in my head; "They look so good and sexy, even the chubby ones."

It is just fantasy, I know, and the bubble burst when we got back to the office.  One of the secretaries was going on a European cruise, and we were all wishing her a bon voyage when one of the others said in that certain tone, "Oh, that is on my husband's and my bucket list."

It was like nails on a chalkboard to me.  I had to leave the room.  Why do they do it?  Why do people use such hackneyed expressions in that highfalutin tone?  The question is rhetorical.  I know the answer.

And I know that like all things, my fascination would run out with familiarity.  It would run its course long before intimacy.

And I know, even better, that the first time I opened my mouth, that cheerfulness would leave them as quickly as smoke leaves a cigarette.  I have no illusions about that.  But, as they say, wouldn't it be pretty to think so.
Posted by cafe selavy at 7:45 AM