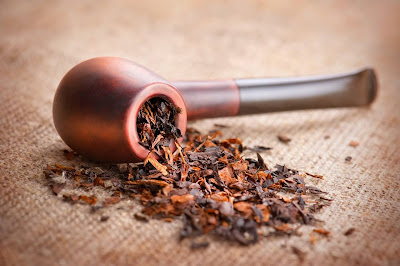 With Ili gone for the weekend, I wondered--what sort of masturbatory trouble might I get into?  There seems no end to the possibilities.  There are cameras and a Vespa and time.  At night, there is camera porn on the YouTube.  Trouble was/is, I'm not feeling well.  I must have picked up a stomach bug, but it isn't limited to my stomach.  I feel bad all over.  Illness hampers the desire to tear it up.  But there were things I wanted to do like go to the camera repair store and see about a thing or two, then go to the new camera store to buy some chemicals and film.  I broke out the 100 poundish Liberator and went to the garage where all the old studio materials are stored and found a Polaroid back that would fit with the smaller Fuji instant film.  I ran a nozzle check on the printer and then had to change inks to run a cleaning cycle.  I came back to the house and sat down to let the heat and humidity and sickness soak me through and through.  I decided the best thing to do, the thing that might calm my stomach and give me some relief, was to have a shot of the whiskey.

The camera repairman could do nothing for me.  He didn't even want to give me free advice, and so he sent me on my way.

By the time I'd finished up at the camera store, I had many camera desires that I hadn't when I went.  The day was slipping away rapidly.  Feeling unaccomplished, I slipped a new pack of film into the Polaroid holder and tried to make a photo with the Liberator.  The film would not pull through.  I opened the back to see what was wrong knowing I was fogging the film.  Somehow though, through no real knowing skill on my part, I got the damn thing working.  I sacrificed six of the ten pieces of film, but then. . . magic.  I got everything to work.

Once again, I was soaked through and through.

There was so much more camera magic to be had, but I was weak and wet and in bad need of a shower.  Which I took.  And by the time I was dressed, it seemed to me to be coming upon the dining hour.  What to do?  Ili had sealed up the leftover pho.  It was either that or I would have to cook.  I chose pho.  Still, there was another trip to the store where I bought more things than I needed.

And when I got home, I was pooped.

And when the meal was ready, I sat down and watched a documentary on David Hockney's photography.  I'd never heard him speak before.  He is a fascinating man, a good and maybe a great thinker, and the things he said about photography and about the photo images that he made were about as good and insightful as anything I have ever heard on the topic.  I had always been half a Hockney fan, but I am now full on.

And when that was finished and the dishes washed, I decided upon my next pleasure.  I had recently come upon an old pipe I used to smoke a hundred years ago.  It is a pretty if not beautiful thing, and I had held it in my hand and thought, "I think I'd like a smoke."  The next day at work, I was talking to one of the fellows in my department, and he spoke of getting up each morning and sitting on the porch and drinking his coffee and smoking his pipe.

I told him about coming across mine and wondered where I could get tobacco.  There are not the old tobacco shops like there used to be.

"I used to smoke latakia," I said.  It is a tobacco that originated in Syria.  The farmers would store it in the rafters of their huts where it absorbed the smokiness of the camel dung fires.  It has a particularly strong odor and is especially fine to smoke, I think.

A week later, my friend gave me a pouch full of Latakia.

And so, on a Friday night alone, I loaded up the old pipe with strong tobacco and took my whiskey to the deck.  Smoking a pipe is much different than smoking a cigar, much cooler in the mouth.  I turned to catch my reflexion in the kitchen window and thought to myself, "I like that look."

Just then a car pulled up and a voice shouted to me.  In the fading light, I could not make out who it was.

Haughtily I replied, "Just standing on my deck drinking whiskey and smoking a pipe in my boxer shorts," which was true.  I am rather like that, though.

When he pulled away, I realized who it was, a friend who had probably been having a drink at my neighbor's house.  I must have looked a sight.

Today I will have to find someplace that sells pipe cleaners and those little metal things that tamp down the tobacco into the bowl.  That shouldn't be difficult.

I woke this morning still feeling sick.  The whiskey and nicotine had not helped as much as I'd have thought, I guess.  My belly is alive and my body aches.  And this, I predict, is how I will spend my big weekend alone.  I am a hellboy.

I think there is a nap in my very near future.