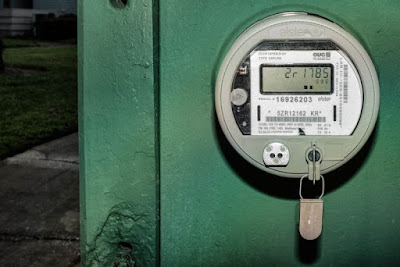 Spent the sick day with cameras.  Didn't do much except go through the functions of many of them.  I forget where the buttons are on them after not using them for a long time.  Bought film.  Drove around on the scooter.  Tried to use a weird method of flash photography.  Thought I had it but then realized it wasn't working.  Driving around with my camera strapped across my body, I saw dozens of pictures I didn't have the chutzpah to take.  I would have had to stop, get off the bike, etc.  But that wasn't it, was it?  I lacked the courage.  Perhaps it was just courtesy.  Sometimes Ili thinks my photography is like a rape crime.  That is the way people think today.  Everything is like rape.  Maybe she is right.  She has gotten into my head, anyway, and made it harder for me to do what I used to do and want(ed) to do.  Thus, I abandoned my mission and came home.  Played with cameras more focussing on technique rather than vision.  I got out the Hassie and took some black and white film portraits of rakes and back flow devices and grills and wheelbarrows.  I kept remembering the photo class I took when I went back to grad school studying anthropology.  I'd studied photography as an undergrad zoology major and had come back to the same school, so I just signed up for more advanced photography courses on the side.  I had a young, new instructor who was departing from the ways of Jerry Uelsmann, Todd Walker, and Doug Prince with whom I had studied before.  The new guy had us out shooting with color slide film, almost a heresy back then.  I remembered the images I made.  He was bowled over, as they say.  I didn't shoot people and I used flash.  I want to go back and find them.  I know I have those slides somewhere.  They probably aren't as good as I remember.

Back to the present. . . when the afternoon wained, I took my digital Leica and flash out to try my new technique.  Failures over and over again.  But I was learning.  I learned, too, that I didn't have to turn my bike off to put it on the kickstand.  I was driving through an office park that led to a big private airport that led to a pasture that was connected to dairy corporation, all very surreal and deserted, and I just went slowly looking around until I saw something that might be interesting, and I would park the Vespa without turning it off and walk over to the thing I wanted to photograph, then get back on and go.  I think I have worn some of the teeth off the starter by hitting it while I'm driving thinking it is the horn which is on the other side, and now it is having a little trouble, though I suspect the battery, too, so until I can have it serviced, it is better not to keep shutting it off and starting it back up again.  Slowly I drove through the waining day with my camera and flash, and I began to realize once again how slow photography is, that it takes a long time to get a shot, that it is mostly immersion into what you are doing and it takes hours to know where you are and what is around you and that is when you begin to talk to people and then you can take the mutually agreed upon photograph.  And then, maybe, it isn't rapey.  Maybe.  Because there is no denying that there is a sensuality to photography if not a sexuality, and that is why it has always been so controversial.

When I got home, I looked at the few images on the camera and wanted to cry.  "What happened?" I thought.  "I used to be some kind of photographer.  But I'm not any more.  What happened?"  I looked at the table full of cameras and lenses and peripheral gear, the bags and straps and filters and flashes, god knows how much money, and I thought about all the things I knew about photography, things I knew how to do that others did not, technical things, and I thought about the people at the camera store who are always interested in my gear.  They know all about gear and can answer technical questions, too.  But so few of them ever make any showable images.  Gear and technical knowledge will not make a good picture.  Good pictures are the result of time and courage, I thought, and I have had neither these past couple of years.  I wanted to sweep the table full of cameras into a garbage bin and forget about it all.  Just quit it.

I've become enamored of Mark Cohen once again.  He was one of my favorites back when I was taking photography courses as an undergrad.  I watched some YouTube videos on him this weekend.  If you have six minutes. . . (link).  I've been looking at his images online.  Now. . . if you want to talk about rapey. . . .  I'll be writing about him in the future, I think.  But now it is time to think about whether to sell all my gear or to go on.  Right now, neither seems a good idea.
Posted by cafe selavy at 8:49 AM