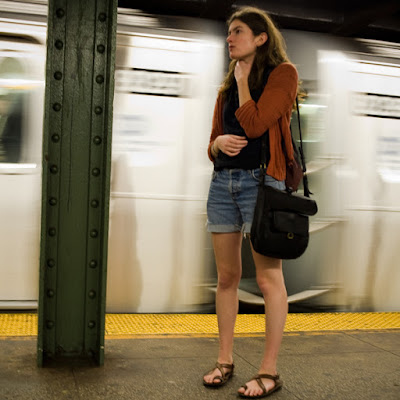 By the throat and by the balls.  How do you get out of that one?  Best not to get there in the first place, but once you are, it is hard to think of anything but rescue.

I have been thinking rather than dreaming at night it seems.  For awhile, there were terribly vivid and weird dreams, but now I am just thinking again.  I wake and realize I was thinking about old situations, old disasters, or I am remembering something I have neglected or have forgotten to do.  I woke once last night and realized I had aimed too low, that I had not done what I should have done in terms of success.  Later, I woke thinking I had aimed too high, that I am incapable of taking care of the things I have undertaken.

No, it was not that I aimed too high.  It was more that I am just an incapable putz.

Then I think I would be o.k. if I had a manager.  Maybe it is simply that I spend too much time in thought.  One wants a manager and ends up with a warden.

Standing on the platform as the train flies by.  The picture has been made a million times, maybe.  There is a reason for that, of course.  The metaphor is not hard to understand.

I'm standing on the platform.  Throat and balls.  Rescue.
Posted by cafe selavy at 8:36 AM