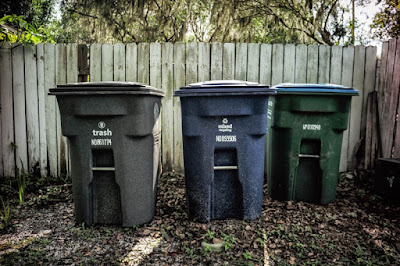 I spent most of yesterday working with old files I've never touched, NYC pics from years ago.  But I also shot with my Leica M 262 to which I attached an old Voigtlander 25mm lens.  The Leica didn't like the lens all that much, or maybe the lens is just not as good as it should be.  But I made it work.  When I processed the files, I liked them.  I am beginning to see in wide angle again as I did when I was in college.  It is an odd thing as it is not the way we see without panning our eyes across the landscape.  It is not flattering to people if they are in the frame.  Everybody looks like a freak at 24 or 25mm.  It is just the thing for me.

As I processed NYC pics, I made working prints from my Epson 2400 printer.  4"x6".  When they came out, I put them on the dining room table.  Some that looked good on the computer screen looked dead in print.  I need the prints to see which ones really work and which don't.  Out of the thirty or so images, images I had culled from hundreds, a few would actually catch your eye.  Without the physical prints, though, I wouldn't know.  Everything looks better on the screen.

In the evening, I went to my mother's house for dinner.  I was expecting "Naked and Afraid," but rather, she was watching the Smithsonian channel which was airing "America in Color."  It was the 1940's when I came in.  I was awestruck.  The old black and white footage had been colorized, and it was spectacular.  I know others won't agree.  But for me, those colorized images were so much better, much more interesting, than anything shot today.  The colors were close but not right.  They were odd and oddly beautiful.  They looked the way I want my pictures to look.  I can do it, too.  I have.  Back when I was alone and could invest the time, I did it and the results looked fully wonderful.  It just takes a lot of work.  I must find out how the people at the Smithsonian are doing it.  They certainly have a different technology.

Last night, I took some Aleve when I went to bed.  I have wrecked my body in a summer that I was supposed to be taking off.  I can barely limp across the room with my bad Achille's.  My shoulder hurts no matter how I place it.  I guess I had forgotten that I wrecked it almost twenty years ago, tearing the labrum and three of the four rotator cuffs, causing a fenestration of the ligaments and a rupture of the bursa.  The doctor said I was lucky to be able to brush my teeth without pain.  Yes, I forgot all that in my "easy" summer of light workouts.  I remember now.  So I took the Aleve and went to bed, and woke again and again with the yips, so I got up at midnight and took a nerve pill for that.  Then I dreamed my pictures and I dreamed my cameras.  I dreamed about cameras I have forgotten and about their accouterments.  I dreamed about the old Polaroid film and then about the soon to be old Fuji film, too.  I dreamed about 4x5 color film that I can now develop at home and the strange color shifts that might occur.  I even began to dream of actually taking pictures, of really using the cameras and the lenses and the accoutrements to make them.

But pills don't last forever, and I was up before five.

Those men and women in those old colorized films looked spectacular.  They didn't have gyms nor processed foods.  They had to do things manually.  Their faces were expressive, their bodies sinewy and strong, and their voices were distinct.  They were old at forty-five, older at sixty, but youth wasn't everything.  And that color made them something more than real.

It has rained much here this summer, and the plants are happy with it.  The grass is thick and the palms rejuvenated.  The jasmine grows full.  The pruned trees are still pruned and form a high canopy of the desirable kind.  I have decided that I want to extend my roof to cover the deck and am obsessed with the idea now.  It will make a fabulous space and cool the house as well.  On that deck I can place fans that blow away the bugs.  I can sit on cushioned furniture and smoke cigars and drink cocktails even in the summer rains.  I can take my messy art processes and do them there in relative comfort.  The light will be soft and bright, and I can even make portraits there.  There can even be an outdoor summer kitchen.

Could.  I will have to cost this out.  But it seems the thing to do.

The colors are off with the Leica/Voigtlander combo.  I like it.  I will play with it more today.  That would be true if I had the time.  But it is Monday, the last day of July, and in the distance the workday beckons.