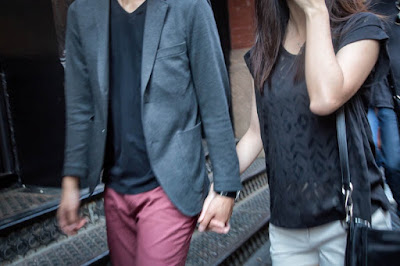 The world is getting hotter (link).  Americans are getting dumber (link).  Kids can't read or write (link).

I could go on, but what's the point.  Everyone on one side knows it.  The other side denies it or, perhaps, revels in it.

All I can do is try to live in it.

This from Patti Smith's eulogy of Shepard:

Sam liked being on the move. He’d throw a fishing rod or an old acoustic guitar in the back seat of his truck, maybe take a dog, but for sure a notebook, and a pen, and a pile of books. He liked packing up and leaving just like that, going west. He liked getting a role that would take him somewhere he really didn’t want to be, but where he would wind up taking in its strangeness; lonely fodder for future work (link).

Packing up and leaving just like that, going west.  It used to work.  It still does to some degree.  There aren't many places like it, the American West.  It is diminished, though, and diminishing.  Still, it is the only place I know where you still feel like you can get away from things and still see the sky.

There and in the Andes, I guess, but not in the same way.  There is nothing like the American West.  It is the American Dream.  But it, too, is being overrun by crack and meth heads.

The old ways are dying out as they always do.

And only the old complain.

As they always do.
Posted by cafe selavy at 8:05 AM