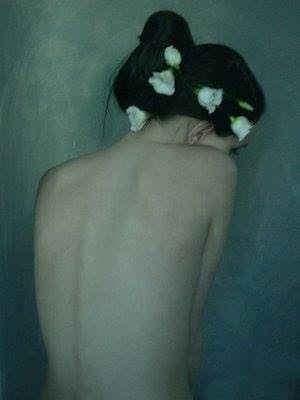 Years ago, back when I was a photographer and I corresponded with photographers and we would exchange compliments and works, I posted this photograph by Nathalie Roze from a series I liked by her.  She sent me two of the photographs from the series, and they always reminded me a bit of the works of Sarah Moon.  Somehow, the photograph was picked up on Pinterest as a photograph by Sarah Moon and linked back to the blog.  It made its way around the internet, always as a work by Sarah Moon.  I saw it listed on a big website today.  I should have posted one of my photographs and said it was a Sarah Moon photo.  I would love to have mine make the sadly mistaken rounds.

I wrote a message to Nathalie about this today.

Around the same time, I colorized one of Moon's iconic sepia pieces.  I loved it and posted it on my site with great trepidation.  I mean. . . you just shouldn't do a thing like that.  I've always worried that that picture, too, would make the internet rounds. 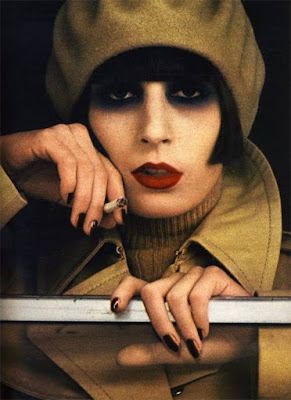 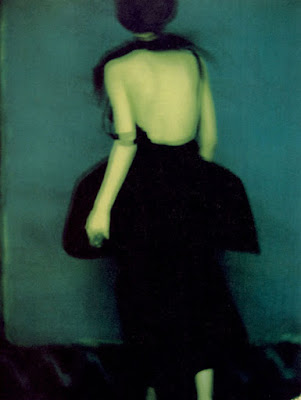 This photograph could be the reason for people's confusion.  There are similarities. 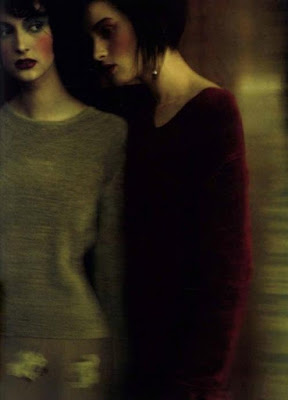 Here's another photograph said to be Moon's that I had never seen.  I like it, but I trust nothing on the internet anymore.

Remember when I used to take photographs?  I was away from my computer yesterday, so I didn't post.  But I was up in Gritville thinking about a possible project.  It would take all my internal resources to do it, but maybe I can.  The pictures wouldn't be as beautiful as the ones here on this page, though.  I miss my studio again.