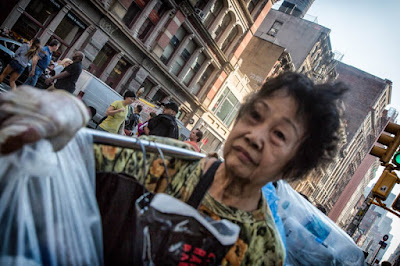 My yardman didn't come yesterday.  I worry about him.  He has been cutting my lawns since about 1988.  My longest relationship, sort of.  He hasn't been looking good lately.  He is a great and friendly guy from Jamaica.  Back when I met him, he could pull a tree out of the ground with one hand.  I mean, the dude was just powerful.  But time takes a toll, and he got "a little touch of the sugar," I think.  I don't know much about him, really.  I know his last name but don't have any way of contacting him.  I don't know his phone number.  I don't know where he lives.  Whenever he doesn't show up. . . .

Doing yards is a hard life.  Not so much when you are young.  But here, the sun takes a toll.  My cousin's husband had a lawn business for years.  His hearing is gone now, for the most part, from the noise of the machines.  But when you are young, it is good to have your own company and to be your own boss.  The money is good when you are young, or at least good enough.  Thirty years in, though, you must be losing your mind.  Every day is the same damn thing, and surely you don't want to go.  But lawns won't take care of themselves, especially here, and so.

I quit doing my own lawn when a friend of mine reminded me of all the chemicals that are on the grass.  "Do you want to breath that," he asked?  So I became an exploiter of others and hired my yardman.  He is the only one I have ever had.

He is not so good any more.  I don't think he can see.  He regularly chops the heads off the irrigation system.  Sometimes he'll cut a line.  I put cement donuts around all the heads, but that hasn't seemed to make a difference.  People tell me I need to "talk to him," but I just let him do what he does.  I'm not really good at "talking" to people.

We don't have long conversations.  He never asks me anything.  Once a month, I'll leave a check on the front seat of his pickup and wave.

In many ways, it is an almost perfect relationship.

I hope he is O.K.  Sometimes now I wonder if he might not have had a stroke.  It seems his arm hangs a bit limp when he is doing things.  He looks a little shaky.  I don't know.  Like I say, time takes a toll.

Strange to think about, but it will happen to one of us one day one way or another.  I mean, we can't go on ad infinitum.  We will have had a good long run, though, old Henry and me.  Yup.  Good old Henry.
Posted by cafe selavy at 8:04 AM