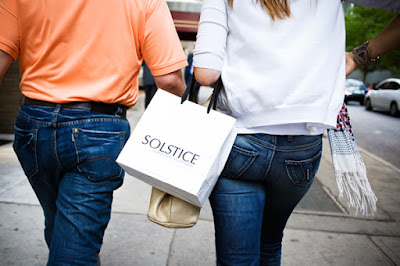 I should save this photo for September when the solstice will occur.  But I couldn't find an "eclipse" bag photograph.  Maybe I should look harder.  I have all sorts of things.

I'm already tired of the eclipse.  No worries.  I'm tired of just about everything--super bowls, big fights, home run derbies. . . .  Everything is hyped.  I'm worn out by hype.

What happened to subtle?  What happened to understated?  Hype is an American thing, but it is spreading like lice.  The true reason I could stand watching the World Cup was the announcers.  There were no commercials, just the understated tones of those two British guys.  I'll bet you dollars to donuts that is gone this time 'round.

I guess there's still golf, but I hate golf.

My life took a hit yesterday.  The Vespa won't start.  I counted on it always running.  I looked up the owners manual online.  Holy shit, there is a lot to the Vespa.  I considered it to be an overpowered lawnmower, but nope.  It is like a car.  The good thing is that there are YouTube videos showing you how to fix everything on it.  The bad news is that there are YouTube videos showing you how to fix everything on it.  I'm not really very good at fixing things.  But I'll have to go out this morning and change the battery which should be easy enough until I try to do it.  I'll sweat and curse, perhaps.  Then I will go to Pep Boys and buy another one.  I am doing this because I know the Vespa store will charge me way too much.  But when I put the new battery in, I know that will not be the problem.  It will require a new starter.  There is a video on changing that, too.  Even the thick boy in the video was sweating and grunting trying to get it out.  I didn't watch the rest of it, after he got it out, I mean.  I don't want to take the starter apart to see if I can fix it.  I just want to ride the Vespa with the wind blowing my longish locks.

I have a problem with the Mont Blanc, too.  The ring on the barrel is silver rather than gold.  "Oh get out!" you say.  "How horrendous."  I don't care.  You can make fun.  It isn't supposed to have a silver ring.  I am trying to return it, but the seller is requesting that I send a picture.  I just want the pen and the Vespa and the other things so I can look cool in the mythical cafes I don't go to where I don't sit with my Moleskine and Leica and a cool glass of beer.  I look really cool in my head.  In reality, I don't go 'cause I'd just look like another ridiculous, fat old fop.  Don't worry.  I am not unaware.  It is like the people who want to wear fedoras.  It is cool except when you do it.  Then you just look like an idiot.  Maybe I'll open up "The Theater Cafe" where everyone can come in the costume of his or her choice knowingly laughing about the ridiculousness of it.

I have to ship a shirt I bought online back today, too.  It is too small.  People tell me they buy clothes online all the time, but it hasn't worked out for me.  Still, I don't learn.  I bought a pair of pajama bottoms online last night.  They won't be right either, I am certain.

No matter about any of this now.  I have to get ready for the factory.  I am going mad with it and need a vacation--a long one--badly.  Ili and I are talking about Paris in September, but it will be for only seven days, just long enough to be worn out when we return.  I need weeks or a season of travel or just rest in some resort.

Shakespeare was not aware of Global Warming when he said, "Summer's lease has all to short a date."  Rather, he hadn't been here.

That's it.  That's my daily rant.  I thought of another post I wanted to write last night, but I forgot about it this morning.  Maybe tomorrow.  A memory, not a complaint.  Succor your souls with that thought.  Until then. . . .
Posted by cafe selavy at 9:01 AM