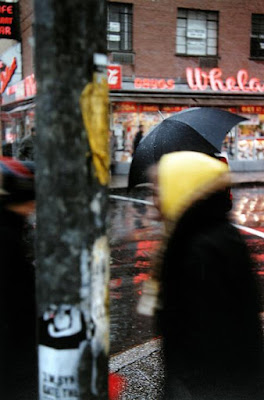 I watched a documentary last night about Saul Leiter called "In No Great Hurry" (review).  You can watch it, too, for only $3.99 on iTunes.  I think you can watch it for free if you have Amazon t.v., or you can buy the DVD for a few more dollars.  You can also choose not to watch it at all.  But that might be a shame.

I wondered why he wasn't really on my radar, but as it turns out, he wasn't on many people's radar for a long time.  He is one of those people who just made pictures without promoting them.  I guess.  It is unclear to me why a photographer who shot for the big fashion magazines in the 1950's just drops out of sight.  What did he do for money?  How did he get by? 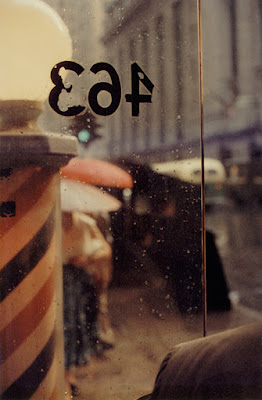 He was shooting color film back then, not uncommon for fashion work, but highly unusual for street photographers perhaps because of the cost.  His framing is different for the era being highly fragmented and incomplete and blurred.  Ili said that of all the pictures I've shown her, these are among her favorite. 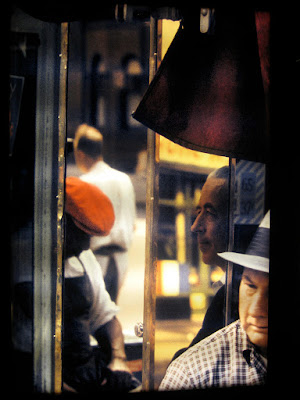 I, too, like the pictures, but I want to know more about his life, his girlfriend/partner, Soames Bantry, often described as a model and a painter, and about their life together.  I've searched the internet and found little. 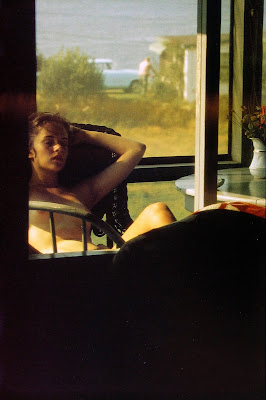