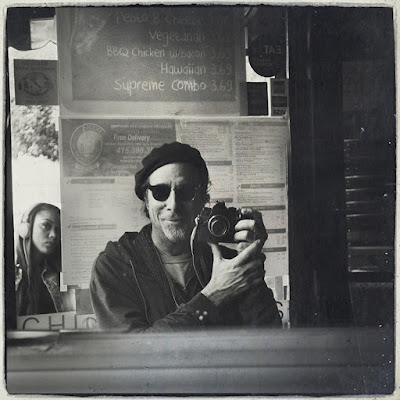 I am living in the Cone of Uncertainty.  That is not a great place to be.  About death, Hemingway said, "Don't let it happen until it happens," but that is hard advice to take from someone whose life ended as his did.  But it is good advice.  I've been living with the PTSD these past days, but yesterday I took some action.  I paid bills.  I called and made sure my insurance was paid.  I took all of my money out of the stock market.  And I called Mr. Tree.  He came in the late afternoon, and I walked around the house with him pointing out what limbs I wanted gone.  It is a lot of limbs.  He is a very, very nice man, and he charged me handsomely.  They began work last night and will come back today to finish up.  This has made me feel somewhat better.  I think.  I could do nothing but watch t.v. last night.  I didn't have it in me to do anything but sit.  First I watched the weather news, but Ili made me turn it off.  We were both extremely tired by eight o'clock which was a sure sign of our distress, hers, mostly, due to worrying about me.  We didn't want to watch anything complicated or heavy or funny, so we went to Hulu and watched an episode of "The Rockford Files."  It is a show I used to watch with my roommate in college.  I had Ili watch the first episode, and for some reason, she was hooked.  When I mentioned it last night, she said, "Oh, I love "The Rockford Files."  Somehow, that stupid show holds up in the early episodes.

When we went to bed, I fell asleep without much anxiety, and I got up the same way.

Did I mention I am paying a lot of money for the tree work?

The photograph is Gary Issacs by Gary Issacs.  Here is his website (link).  Cool dude.  I have admired his images for years.  I should write to him and tell him so.  In this picture, he is using a 35mm camera, but the image is square, meaning he does what he wants with his images.  They are made funky by digital manipulation so that they look like old film shots faded and disappearing.  I think that is ballsy, as is doing anything you like regardless of the critics.  I just read an article on David Hockney (link) which describes his work as having been outside critical favor because he painted figures during the height of abstract expressionism.  He can do the other.  Imagine what we would be missing if he hadn't done what he wanted to do.

Take a look at the Issacs website, especially the section about San Francisco's Chinatown.  It has been criticized as a typical western version of an eastern culture.  Really?  Again?  When will it end?  I think I can make the opposite argument, or at least a different one, but it doesn't matter.  Art is art which is always political (as C.C. tells me), and you either like it or you don't.  Art, in the end, must prevail.

I am waiting for the tree cutting crew which I thought would be here by now.  It doesn't look as if I will make it to work today, for I can't leave them here alone.  I need to make sure they get every limb of which I am suspicious.

The Cone of Uncertainty.  I'm sure I'll be freaking out again as the weekend approaches, but I'll take this momentary respite.  My body won't sustain the constant, abiding anxiety.  There may be misery in the offing. . . but I'll try not to let it happen until it happens.
Posted by cafe selavy at 9:08 AM