Every Kid a Trump 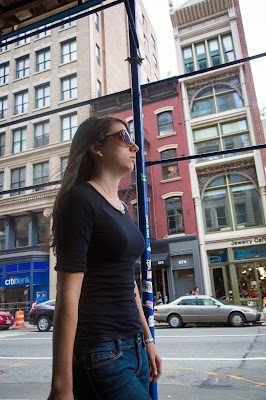 I went to lunch at Chic-Fil-A yesterday.  I know, I'm not supposed to, but sometimes you just have to do the wrong thing.  It was packed.  Outside, cars had to circle the building twice, as in a Disney line, to get a takeout order.  Inside, the tables were full.  Now I don't spend a lot of time with the hoi-polloi.  I know, you're not supposed to say that, but this is my point.  They scared the shit out of me.  It was like being in a Sean Hannity act-alike contest.  But these were REAL dullards.  They moved with anger, quick, punctuated little motions, their eyes forced into a squint, elbows out to take up the maximum amount of space.  Their tones were arrogant and cocksure, but I'm telling you, I've never heard such mundane, obviously wrong statements all at once.

I blame the educational system.  When I was a kid, you were put into groups.  Bluebirds.  Squirrels.  Turtles.  Just animal names, but you looked around and you knew who you were.  As a result, some people worked at the gas station when they grew up, and they were all about fixing things, but they didn't try to be the voice of the nation.

Now we don't have groups and every kid gets treated like their parents have money.  They get treated the way Bush and Trump were treated which gave them those greatly ignorant authoritative voices.  Every kid a Trump.

I'm going to have to stay away from such places from now on.  It disturbs me deeply.

But I have to say the sandwich tasted good.
Posted by cafe selavy at 7:59 AM