Listen to Your Breath 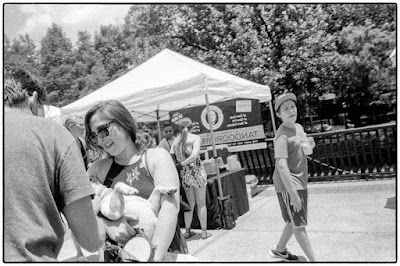 I'm not doing much.  Nothing gets done.  I spent $1,500 on car repairs when I took mine in for a tuneup.  I had to take it twice.  I guess that's something.  But the house is becoming a mess.  I'm back to barely cooking.  I've even forgotten about drinking water.  I've taken a few photographs, but it doesn't feel like I'm doing enough.  I have ideas that are forgotten.

I had a conversation with one of the factory workers a couple days ago.  He is an older gentleman who works for us part time.  He had violated a rule or procedure or guideline--it matters not--and I had to write him up and have him sign a form just to cover the factory's behind.  Not a big deal.  It was fine.

He is a talker, but I didn't really want to see anyone.  It was a day I wanted to close my office door and sit it out.  But he was there when I got to work, and he was worried, and I'm a fine fellow even if there is evidence to the contrary, and so I heard him out.  And I'm glad I did.

He was raised in a monastery, I learned.  He was on his way to becoming a monk when, at the age of twenty-four, he found the logic of one of the mandates to be troubling, so he left.  I have a friend who was a Franciscan novitiate who had the same experience.  They both had taken vows, then found one of them troubling.  Obedience.  The fellow in my office is still involved in the old monastery and is friends with many abbots and monks.  His best friend, he said, heard everything as the word of God, and so he was able to obey.

He told me that monks of the Benedictine order take one vow that others don't, but I'll be damned if I can remember what it was called.  I remember what it was, though, and I told him that I always thought that I would enjoy the quiet, contemplative life of a monk.  He said that it was more meditative than contemplative.  That gave me a moment's pause.  Fine distinction there.  He said that each morning, the monks must rise and meditate about their flaws and the ways to improve upon them.  He said that he had never known a monk who wasn't a better person the next year than he was the year before.  His saying it made me feel. . . I don't know. . . slothful?  Inattentive?

We talked about other things for a while, and then he left.  I continued to think about the meditative life and the obedience thing.  It seemed to me that if you lacked obedience, meditation on the self was a bit onanistic.  Maybe that's not the correct word, but it could be.  Self-referential?  I'm not finding the word I want.  But I wondered if I had become too nihilistic for all of that, or at least too existential.  Where there are no stone tablets, what is right and what is wrong?  But that, I guess, can be meditated.  Or should I say contemplated.

So I thought about it and could not come up with any real flaws.  I told that to one of my buddies, and he said that Ili could probably help me out with that one.

Last night, I woke at three, and the rest of the night was fitful.  I didn't recognize any flaws, but I sure felt a lot of terror.  I don't think I am in any way prepared to meet the future.  But maybe I have realized something.  Maybe my "self-reliance" had lived in the neighborhood of pride.  I have thought that I could manage everything by myself, or at least suffer the outcomes of my own doing without whining.

I understand why people like religion.  When you realize you have made a mistake, have done something wrong, there is confession, the rosary, Hail Mary's, and other acts of contrition.  What I mean is that there are procedures and steps to take.  Ablution.  In the dark of night, such things have their own appeal.

I'll try to meditate rather than contemplate, but I'm certain one will slip over into the other.

"Listen to your breath.  Be conscious of the act of breathing."