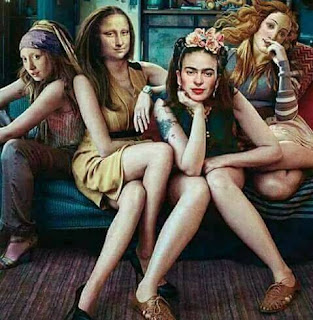 And a good day is followed by a bad one.  The weather turned ugly and I could do little but sit and think.  I barely got out of the house.  I didn't do any of the things I planned to do in the house, though.  I didn't move, really.  I put on music and planned to do things, but the actual doing never came.  Then the early dark descended, and I put on my pajamas and made a lousy dinner.  I ate in front of the t.v. and went to bed at nine.

It is the same day outside now.  Some lousy weather for my "vacation."  I am deeply affected by weather.  I would be a junkie in Ohio or any other gray, damp place.  Molly and meth, I think, and then some heroin at night.  I don't know.  I don't use drugs other than alcohol, at least hardly.  I like the occasional nerve pill, but those are gone.  I don't have a doctor, so I haven't a ready source.  It seems easy enough to get a prescription for other people, but I know that doctors never want to give me anything.  I think I look like a sweet boy, but maybe not.

I feel the catatonia inside me again today.

I took this picture off the internet.  I don't know whose it is.  It is dangerous and accusatory. It would take a long time to unpack all the potential meaning here.  It is a long goddamned novel.  But it is better not to speak of such things right now.  The low is conflated with the high and all things become one.  There seem no possible degrees of separation.

There has never been a time like this one.  But we knew that the day Trump got elected.
Posted by cafe selavy at 8:41 AM