The Most Dangerous Man 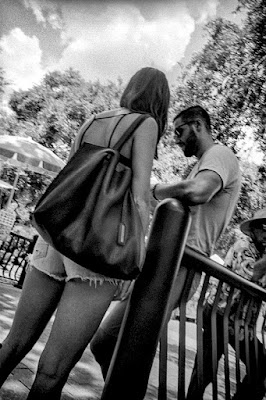 I just deleted the rest of that.  Some things are time sensitive.  It will all shake out, I guess.  We'll have to wait and see.

Still. . . mortal and venial sins.  I'm not one to talk about that as my knowledge of Christianity comes from "Paradise Lost."  As a practicing Existentialist reformed by post-structuralism, I find more absurdity in the cosmos than many do.  In fact, I find practically nothing but absurdity, so I am probably the last (or first) person you would choose as your Life Coach.

"Did your parents practice corporal punishment on you?"

I'm going through what I imagine to be a difficult time in my life right now but which probably isn't.  No, not probably.  It just doesn't give me a lot of joy.  But I'm learning to fall back on my old Existential training and accepting responsibility for what happens.  If I had made different choices, there would have been different outcomes.  If I hadn't chosen to sit next to the furnace that blew up, for instance, I wouldn't have gotten burned.

Oh.  That actually happened when I was a kid.  I wasn't being metaphorical.  Maybe a little, but the action is grounded in reality.

If other people's discomfort is interesting to you, well, these are interesting times, and you know the old Chinese Curse.

But back to me.  I'm reading the early letters of Ernest Hemingway, maybe the most dangerous man who ever lived.  But for the first time in my life, and maybe this is because I am no longer young, the fact that he was in his early twenties when he did some of his best writing stuns me.  I look around and pick out a twenty-three year old fellow and try to imagine him writing those things.  I try to imagine him rolling into Paris with his new wife (who was much older than he) and introducing himself to Gertrude Stein, Ezra Pound, and even James Joyce, and having them look at him as the new literary voice.  Holy shit.  Yup.  For the first time in my life, the fact is visceral.

I find that it makes me very sad.

That and the fact that I used to know all the people who wrote the forwards and the introductions to the collection and who helped put the work together.  I presented at the same conferences and had dinners and drinks and more.

I'm just feeling myself a failure at the moment, and even taking responsibility for that isn't helping.  Yet.  It will, I think.  And I hope sooner than later.

I want to skip the factory next week.  I only have to take two days vacation to have ten days away from it.  It is too appealing.  I can't go anywhere, really, because I am having T-day dinner with my dear old mom, but I've thought through that and it is o.k.  Since I am not happy at the moment, I am not vital enough to pick a destination and enjoy it, really.  Traveling alone might seem a struggle.  I'll handle that fine later, but ten days to take care of personal business and to have lunches and afternoon wine and naps in the finest weather in the country now doesn't seem too bad.  The more I think about it, it seems a lot better than not too bad.

And so, with a more appealing immediate future if not a lighter heart, I get ready for what could be the last work for many days.  Some tension leaves my body.  I almost smile.