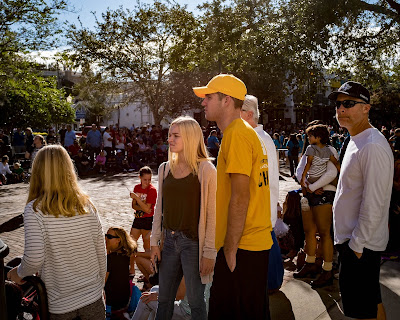 Most people I know are ready to say goodbye to this year, the year we got Trumped, but what do we look forward to?  There are things.  Overthrowing the Ogres, mostly, but that is a cultural-centric thing.  The ideological struggles that engulf Americans don't go much beyond our borders.  We have been a privileged and spoiled people who must build walls to keep people out.  Most countries have to build walls to keep people in.  We think most people live like Americans, or if not, like some small European culture.  But they don't.  Not even.

I look forward to a free internet with all the movies and t.v. shows I want to watch available to me all the time.  I want an endless stream of great art and literature and more old jazz dug out of the archives.  I want to wear those suits designed by Marc Jacobs for "The Darjeeling Express."  I want my America back again.

Struggling to fight off some sort of cold yesterday, I poured a scotch and sat in one of my leather chairs with the December 1970 Playboy magazine I bought at Christmas under a brass lamp as the sun went down.

Reading through the magazine, I saw that the concerns of the times were much the same as they are now.  There was much about homosexuality and transexual/transgender bias.  There was much about the problems of technology's influence over the culture.  And, of course, there was advice on how to have the best sex.  But reading through the book and movie reviews was tremendously interesting.  There were a lot of good movies made, and some pretty silly ones.  There were a lot of books "of the time" that have no meaning for us today, but some that predicted the world in which we live.  I recommend getting hold of some old magazines of your choice from that time and looking through for yourselves.  There is much to be learned there.

The ads were fascinating, too.  Many new cameras, especially movie cameras that could record sound!  Lots of stereo ads including the new quadrophonic systems.  Many, many ads for colognes and what are now cheap liquors.  And something we don't see ads for any longer--SLACKS.  That is what they were called.  It seems that men who wore slacks always had one hand on a hip.  It must have been the manly pose.  I'll try it today and see how it works.

The first of the full moons of January is coming on the first day of the new year.  There will be a second one at the end of the month, a Blue Moon, as they are called.  I'll stay away from the astrological seers and sayers.  I don't want to know.

My mother comes tonight for another pajama party.  I look forward to not going out.  I will make beans and pork and collard greens that we can eat again tomorrow for good luck.  I have a feeling we will need it.  I will not make it to midnight, I am certain, but I rarely do, and never am I out.  I just can't.  The only way I would want to go is if there was one of those old places like The Stork Club or wherever they were on New Year's Eve in "The Thin Man."  And probably not even then.

So, homeboy that I am, from Casa Selavy, I am wishing us a very merry New Year.  Let's hope for better luck this year, but just in case, let's be prepared for what is still to come. 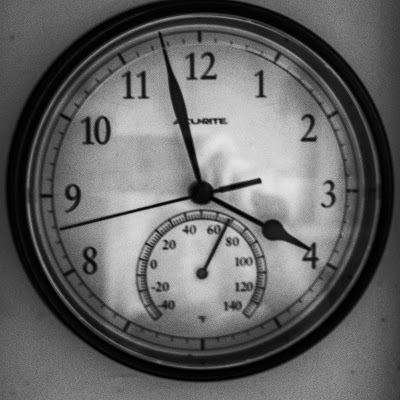