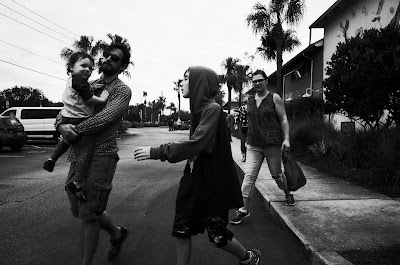 Part of the crowd leaving GatorWorld.  I am addicted to these snatched moments of frozen time.  Mythical strangers, a symbol of the whole.  They announce, "We were here!" Part and parcel of The Great Democracy.

One day I'll turn to portraits of High Society.  But not today.

Is it cold and miserable where you are?  Or cold and lovely?  Somebody left the freezer door open.  All the contents will be spoiled.  Trump and his lot don't understand the difference between climate and weather.  Yup, it's cold, Donald.  That doesn't mean there isn't global warming.

But I didn't get elected and he did.  There are reasons for everything.

I've just finished watching the second season of "The Crown."  What a good series.  The actress who plays Elizabeth can do things with her face and posture that were previously inconceivable on a t.v. screen.  She is marvelous.  And she plays a profoundly undereducated monarch to its furthest reaches.  I am an Anglophile in many ways, so the show has a tremendous appeal for me.  Clipped tones and short expressions.  I try it, but it doesn't sound natural.  I wish it did.  Quite so.

Trump, I think, is a version of that, though.  A plutocrat rather than a monarch, but still, he has his own form of truncated speech, an undereducated but somewhat effective approach to government, a colorful family that is press-worthy.  He represents "the little people."  They like to watch him give hell to the ideologues and the ivory tower establishment.  That's what they would do.  That's what they would say.  He is undaunted no matter who he faces.  He's no dumber than Ronald Reagan and look how effective he was.

Yup, Donald Trump is The Queen.

It is cold and damp and gray here.  There are no plans for New Year's Eve.  It is an evening I have never enjoyed.  I look forward to snuggling up on the couch with a good wine and some delicious snacks.  Fingers crossed. 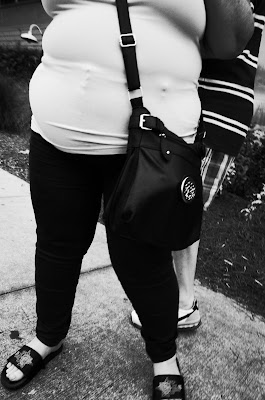