A Report From Your Intrepid Financial Advisor 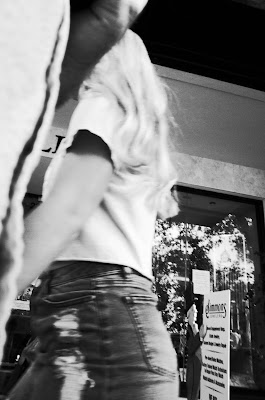 O.K.  My mother didn't appreciate the photograph the way she should have.  Predicted.  She says it makes her look 100 years old.  I told her it was supposed to.  Intent be damned.  She isn't having it.  I may have to rethink my project in the name of vanity.  I guess people don't want me to make pictures of them that look the way I do.  What can I say?

James Franco.  He's really fucked.  He shouldn't have won a Golden Globe.  Now he's going to hear about it (link).  His answers were not good.  He sounds very, very guilty.

"Neither Mr. Colbert nor Mr. Franco mentioned an episode in 2014 in which text messages posted on Imgur suggested he had attempted to seduce a 17-year-old girl. Nor did they mention a tweet from an actress who said she had felt pressured into doing nude film shoots for $100 a day."

Otherwise, things are going right along.  I should tell you that I took all my money out of the stock market in September because I thought there was no way it wouldn't crash.  Whoowhee!  Once again, I was spectacularly wrong.  There is no way to recoup that money.  I can't go back in now.  Nope.  If you want financial advice, call me, then do the opposite.  I'm an investment anti-Christ.  And with retirement rushing toward me like a Santa Barbara mudslide, I am verklempt.

I can still walk, however, a thing I need to hold onto, for a walking man walks, and there is little you can't walk away from.  Little, I say.  The things you can't are just the inevitable.  Until then, though, I gotta walk.