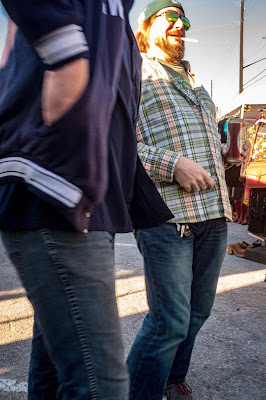 Now that the courts are ordering Sex Aversion Therapy. . . I don't have a follow up for that.  I can't think of an appropriate independent clause.  I just thought it would be a logical "next step."  And I'm not opposed to it, but I'm not sure such things have a good track record.

So, we may need to embrace the phrase "uncomfortable male moment."  I read that in the N.Y. Times this morning in reference to the coming Oscars.  I didn't bother reading the article, so I am not sure exactly how the phrase was intended, but I like it.

"Excuse me.  That was an awkward male moment."

What concerns me most is that most people still want to maintain a hierarchy.  They just want it to be inclusive.  That's fair.  I, however, think that things won't change until we break down the hierarchy completely.  It is everywhere.

Money.  Power.  Privilege.  Those are the things that oppress the world's majority.  It is the same in every "industry."  Ask any musician, any writer, any artist.  You have to suck up to get on the inside.  It is true in government.  It is true in education.  Until we break down the ENTIRE power structure, there will be abuse.  The faces may change, but that is all.  Female actors who are on top don't want to tumble the whole thing, they just want a better cut.  I understand that.  But if any of them think they have less power than I in ANY institution. . . well, they don't.  They just think that they deserve more than I do because they are more talented, smarter, better looking. . . whatever.  It's no different with Tom Cruise.  He is not going to help me either.  Nor is Woody Allen or Jack Nicholson (how has he escaped so far?) or any of them.

I've had this conversation with my black friends for years, and they tell me, sure, you want to tear down the hierarchy just when we are about to get a piece.  I support them.  But, yea.

Have I exploited it?

If you have any privilege or power, you have to question what you do every day, every moment.  When you make a decision that is hierarchical, you are susceptible.  People do that without even realizing it.

Yes.  And what is to blame is the system.

I don't know what I'm talking about.  I've gotten balls deep in this thing without meaning to.  I'm just trying to get out ahead of this like Michael Douglas.

Like Faulkner said in his paternalistic way, we all hurt people every day.  Doing so with intention is the sin.

Well, a sin.  THE sin is deeply imbedded in us all.
Posted by cafe selavy at 9:13 AM