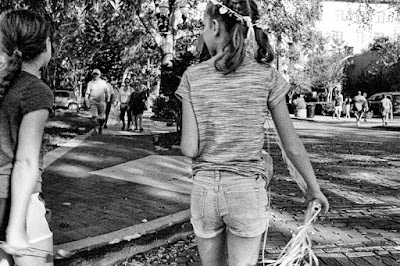 In an interview with Mark Cohen- the interviewer asks Cohen if people ever react violently to him photographing them. Cohen responds:

“A lot of times I had trouble with the cops, because if you walk into somebody’s yard and start taking pictures of a rope that’s sitting there, they’ll call the police. And if you photograph a young child and his mother sees you through the window, they get really excited.”

“Half of the time I could explain myself. I had all these different stories. I was driven out of Scranton a couple of times when the cops picked me up taking pictures there. They would follow me out of town. Other times someone would take down my license plate after I got in the car, and the police would show up at my house. Once a guy actually managed to track my plate number himself, and he showed up to my house. He was very belligerent because he felt like I had victimized his wife in some way when I took her picture. All kinds of things happened.”

He says he was never beaten up, though, nor ever had his camera smashed.

I've been working with flash the past few days, and I think I have what I'm trying to do down now, but I don't think I'll be flashing strangers in public.  I have an idea for shooting in public, but with people I know.  Having a technique, though, isn't enough.  Not nearly.

While presenting the Best Director award alongside Ron Howard, Natalie Portman took the opportunity to point out the obvious: Not a single woman was nominated.

"And here are the all male nominees," she said before reading out the list.

I didn't watch the Golden Globes last night, and from what I've read, I am glad.  Apparently it was a mirthless, boring thing somewhere between a protest and a religious service.  One of my old lefty friends married to a feminist wrote, "There is always excess for some time in the early days of a revolution."  I didn't respond to that one.  I wanted to say, "That's what the Trump supporters say."  But you could substitute many things for "Trump."  It is definitely the cry of the Taliban.  But whatever.  At least Franken is gone.  There is cause for celebration.

So onto serious matters. 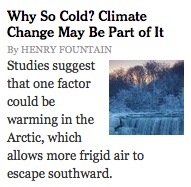 Um. . . someone has been reading my blog.  More to the point, here is what I can expect this summer (link).  What will climate change do to equality?  Will we all suffer equally, or will there be a comfort hierarchy?  I think we might know the answer to that.  I'd buy my land in Norway now if I were you and had enough spare cash on hand.  Seriously, that is where the wealthy will go.  Those of you stuck in India, especially around the coastline. . . good luck to you.

For me (and perhaps for a lot of you), all we will have are drugs and golden milk.  Here's the recipe (link).  I'm going to try it tonight.  I hope this isn't just hype.
Posted by cafe selavy at 7:54 AM