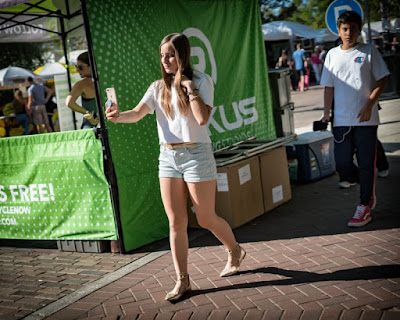 I have an offer to trade in my Leica M262 and my Leica M Monochrom for a new Leica M10.  Oh, and I give them $1,400 cash.  The deal is really both good and bad.  I have until the end of the month to make up my mind.  I am tempted, but I don't really want to give up the Monochrom.  I do and I don't.  I will struggle with this decision for some time.  I want the new M10, though.  I feel cool when I am carrying a Leica.  That is a deep but obvious confession.  I don't feel cool with a Sony or a Canon and to a lesser extent a Nikon.  I feel kind of cool with the Fuji, but the picture quality is probably the one I like least.  There is something shallow about them, at least the cropped sensor ones that I like.  I get sick of all the things I have to do to take a picture with the Leica, settings and focussing, but still, man, it is cool.  Some people get old and buy Porsches and Maseratis, so I don't feel so bad about buying a camera.

But I don't know for sure.

I mean, I have a Vespa and a beautiful Ona bag and some expensive Italian sunglasses.  I'm decked out like a Masai tribesman when I go out.  Even in the bleakest environments, people distinguish themselves with accoutrements.  And I can't afford a Maserati.  Hell, I can't even spell it.  I had to look it up--twice!

But now I must away.  I overslept this morning and the wrecking crew is coming to break some things in the house for me, and there is much to do to protect the most expsenivest shit, as they say.

Leicas and hog callers.  It is almost irresistible.
Posted by cafe selavy at 9:40 AM