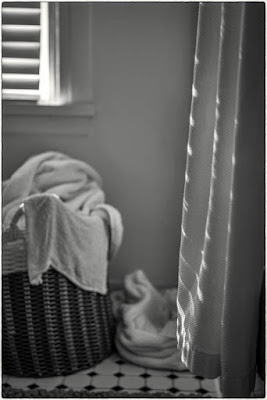 I think I was effected by the turmoil.  I was, literally, as my two-year old roof leaked.  There is that with which I will be forced to deal, and I don't want to.  I hate such things.  And repairs have been on my mind as my mother's plumbing has had to be redone at great emotional and financial expense.  She is too old to want to deal with that, and it reminds me that being a loner with no children, I will be dealing with such things on my own.  And so my waking and sleeping moments have been haunted.

Ili has been gone this week, and so I have had the luxury of time to do what I like which is little but annoying for someone else to have to share.  And this morning, if morning it could be called, in the pre-dawn blackness, I woke with the horrors, the usual ones with some others thrown in.  Mostly they were horrors of my own making, the late-life realizations of what I did and didn't do, the crazy choices and weird privileging of ideas, the self-delusions and grandiose confidence, then comparing my life to others I know and coming up shorter than I've ever thought.

And so I fell back into my old routine.  I got up and drank some water.  I turned on a nightlight and put on some music and crawled back into bed to think more pleasant thoughts and to finally fall asleep.  It felt good to do that which I can no longer do and reminded me of some things I miss.

But the nightmares cling and Sinatra sings "I Did It My Way," and I think, "Yea, that's how I got here," without glee.  Trump, it seems, is The Last Sinatra, a larger than life being in a world of small things where people are made to feel small, too.  In The Age of Hypercriticism, one can't afford a mistake.  I watched a colleague taken to the carpet for using the term "flyover states" yesterday by one of the Hypercritics who told him that the statement bordered on racism or classism or something reproachable.  I told her that she was the reason that Trump is president, that she and her ilk more than anything else put him in the White House.  But it is too late now.  We have Trump and Putin and Jinping and it is her fault.

The Moral Order is as fucked as the climate.  And I can't sleep.

But in the end, there was only the spring and me, stormy and disruptive, incapable of calm.  In like a lion, perhaps. . . .
Posted by cafe selavy at 7:46 AM