The Stuff of Pulitzers 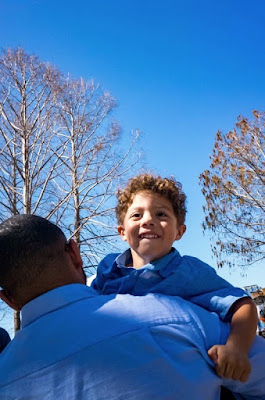 Oh happy days.  It is staying light so long now, I have to adjust.  I came home after work yesterday at my usual hour, tired, of course, or more correctly worn out, but the sky was so bright and clear and the air not quite so chilly that I couldn't ride my scooter, so I decided to take a ride.  I didn't know where to go, really, so I ran an errand.  To the liquor store.  I bought a scotch I have never tried before, and when I got home, I lit a tiny Cohiba cheroot and poured a little of the afore mentioned whiskey, and went to the deck to smoke and drink and soak in the day.  This would be o.k. on standard time, but it just felt wrong with all that tremendous light falling all about me.  I can't do this, I thought.  I have to begin a new way.  And having thought this, I let the cheroot go out and put aside the new scotch and got my camera and drove to a part of town that I had been thinking of walking with a camera.  And for the next hour or so, that is what I did.

I must take advantage of the light.

The thing is, I took a black and white film camera, but everything was in color.  Why oh why do I make these mistakes?

Today's posted picture would have been alright in black and white.  I've been looking at the early color work of Eggleston and Shore and Leiter, and I've noticed one similarity in their works.  Almost every photograph has some very saturated red in it.  Most often, there is red and green, but red and blue is fairly common.  But red and green is the thing.

I'm not saying everything they did is that.  Two of Eggleston's most iconic photos are of people, the boy pushing the grocery carts and the white and black men standing at a funeral, and neither has those colors.  I hadn't really thought of that until now, and I will go back and see if the red/green theme is mostly non-portraiture.

Uh. . . I just went looking, and I might be wrong.  Maybe those were the pictures that most stood out to me.  Never mind.  I'll have to think about this more and get back to you.  I'm just trying to figure things out.

But how does one go wrong with a picture of a happy boy, especially one with curly hair?  All this photo needs is a dog to win a Popular Photography award.  It is one to make people believe in life again, one to make people smile and to dwell on the goodness of things.  The kid looks like a throwback to a different time.  He reminds us all of our shared history, when life was good and times less troubled.  Kids.  You know what I mean?  Baby On Board.  Kids playing soccer.  Kids winning awards.  It is the stuff of Pulitzers. 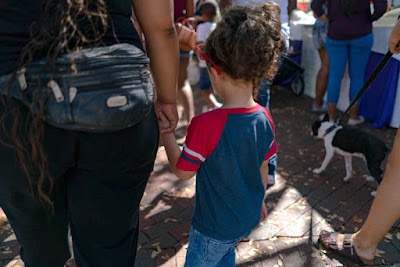