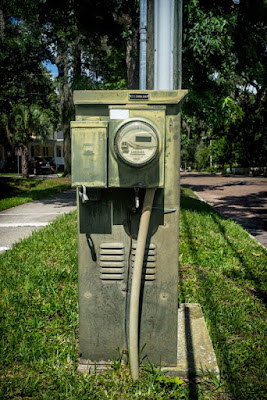 Let me go ahead and piss a lot of people off today--Hillary is the gift that keeps on giving.  I don't want to talk about politics.  My opinions are in the 2% bracket there.  But really, how much has the world changed since Hillary's campaign?  People blame Trump, but there is only one way that clown could get elected. Still, the anti-Trump people just want to double down.  An upset in Queens now drives the agenda for the left.  And Trump is about to stack the Court.

I am starting to believe more profoundly in astrology.

I think the future will all come down to who wins the World Cup.  It won't be due to talent as much as the alignment of the stars.  Soon we will know our fate.

I was pulling for the most boring team in the world, but they have been eliminated.  If Sweden ends up winning. . . but there is little hope of that since the corruption of the Nobel committee.  Even Sweden?

Next we'll find out that yoga is really bad for you.

Hunter S. Thompson was right, of course.  You can't out-weird America.  Even the outlaws are absorbed.  All you crazy pot smokers, etc.

"There was a time when courtesy and winning ways went out of style, when it was good to be bad, when you cultivated decadence like a taste. We were all dangerous characters then. We wore torn-up leather jackets, slouched around with toothpicks in our mouths, sniffed glue and ether and what somebody claimed was cocaine. When we wheeled our parents' whining station wagons out onto the street we left a patch of rubber half a block long. We drank gin and grape juice, Tango, Thunderbird, and Bali Hai. We were nineteen. We were bad. We read André Gide and struck elaborate poses to show that we didn’t give a shit about anything. At night, we went up to Greasy Lake" (T.C. Boyle).

When will we see the Clintons hawking elder drugs on one of the cable channels my mother likes to watch in one of those million commercials that show during "Gunsmoke" and "Bonanza," Bill speaking to the benefits of a popular brand of hearing aids, Hillary warning of the dangers of osteoporosis?  No, there would be more money in a Viagra ad, both women's and men's.  Hell yes.  And ads for the Bernie Sanders Sex Camps.

"And now, here's Harvey Weinstein with a word about Zoloft."

Obviously the aged are the only white people who are interested in sex any more.  And James Franco, of course.

This is not the Age of Aquarius.

The world has become too much with us.  Micro-dosing with lysergic acid is all that can possibly help now.  I've read all about it.  I'm going to try it on my mother first, just to see.  If I can find some, I'll start slipping it into her breakfast.  If she seems happier and more alert, I'll begin my own regimen.  It is the logical next step now that criminals have convinced the world of the benefits derived from tetrahydrocannabinol.

You know the rumor, of course.  Trump, like Hillary, has been micro-dosing all along.
Posted by cafe selavy at 8:07 AM