Fascinated by the Wrong Thing 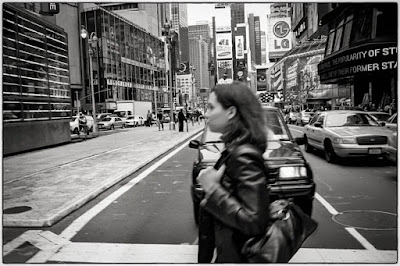 Last night, I watched a movie on Netflix about the photographer Bert Stern.  He was not the kind of photographer ever mentioned in my photo classes at the university.  He was a commercial photographer and had no place in our fine arts curriculum.  The fine arts program, however, was a different world from the places you bought photo materials, cameras, lenses, etc.  It was confusing in many ways.  The aesthetics were completely different.  I met people who studied at commercial art schools, and they knew about lighting and scrims and things our professors never talked about.  I'd never heard of David Bailey and his ilk.

I had begun to buy books about photography.  I had the Time-Life photography series. 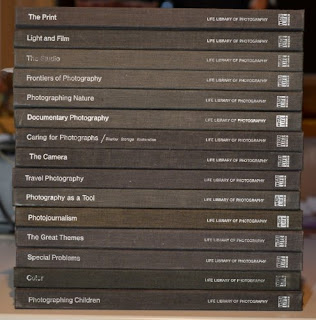 I had Edward Weston's "Day Books."  I had "Women Are Beautiful" by Garry Winogrand.  And for some reason, I had this. 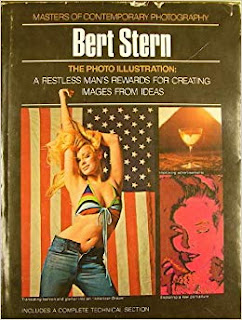 I must have bought it at the photography store.  It sat on my shelf for decades.  I may still have it somewhere.  I'm not sure.  Over time, I thought it an embarrassment but kept it as I do most things, a testament to some stage in my development.  The pictures in that book really had no meaning.  They were just photo tricks.

So when I ran across "Bert Stern: Original Madman," I almost skipped it.  But it was early in the evening and I had everything in the pots preparing dinner for mom and myself, and I said, "Let me watch the beginning of this.  I won't watch long."


I was wrong.  I was fascinated.  He is the wrong man for the time, no doubt.  He is the antithesis of everything a man is supposed to be today.  The documentary is a revelation of the archetype.  Mad Men, Bad Boys, etc.  I just couldn't turn away.

The film was made by a younger woman who had been his lover and muse.  She nails him, really, in an affable way.  Stern was friends with Kubrick.  I never knew he took the photos of Sue Lyons that promoted "Lolita."  He was the perfect photographer for that.  He was a cad.

When it was over, I wanted to watch it again.  I may.  Though it was not so long ago, it is like looking into the prehistoric past when dinosaurs ruled.  Hemingway and his generation were feminists by comparison.

I guess that pretty much sums it up.
Posted by cafe selavy at 9:12 AM