A friend texted me this from a book he was reading yesterday.  I want to go/see.  I think.  But there is some condition, I believe, that is related to the Stockholm Syndrome where the captive comes to love the captor.  Shut-ins begin to love their cages and fear going into the outside world.  They love the control and predictability of their cages.  After a certain period, I remember, prisoners cannot function in the outside world.

The world "out there" has begun to scare me.  My life is incredibly routinized now.  The news tells me how dangerous the world has become.  The Weather Chanel informs me that we are in the middle of a climatic Armageddon.

All that protects me are these walls--and Amazon.

I do get out, usually on Saturday and Sunday.  It is brief, though, and again, I am incredibly routinized. 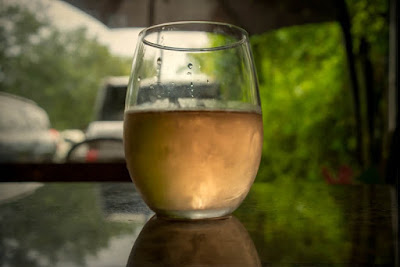 I'll take a scooter ride with a camera bag that allows me imagine that I might make a photograph.  But as I have already reported here, I have grown crowd shy, and I never stop the Vespa, too terrified to take that chance.  And so. . . the afternoon mimosa at the Cafe Strange, but that, too, run as it is by lethargic hipster trash, is frighteningly unpredictable.  This weekend they had forgotten to order champagne.  I ended up with a glass of sparkling rose instead, as accurate an indicator of things as I can imagine. 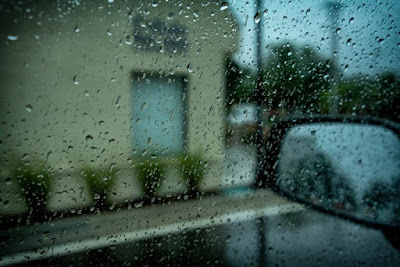 When the afternoons are rainy, as they more often are, I travel by car.  In a town like this, it takes fortitude to stop anywhere.  It is daunting.  The slow, blurry world of congested roads through beaded windows are the Plato's Cave I know, the veil through which I see the world without being a part of it. 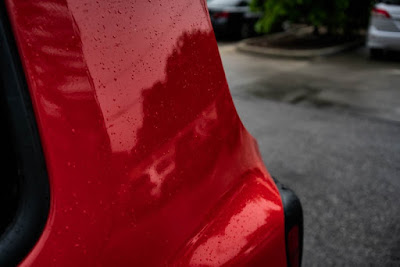 Lacking courage, unable to approach people, I photograph things.  Even so, my camera brings me trouble.  In the world, I am much too visible.  People in cars look at me suspiciously, even hatefully, it seems, if I put the camera to my eye.  In a parking lot, a group of strangers stares at me.  Why would a man be taking a picture of a car?  There is certainly something wrong with that.  What do you think he is doing?

Where once I had confidence of body, mind, and spirit and could look their way to make them know that whatever I was doing was fine, I now feel a beating in the offing.  It happened two ways, this condition.  As the infamous Mike from "The Sun Also Rises" says, it happened "first slowly, then quickly."  Every day, I understand more viscerally this lost generation's love of self-immolation.

Frustration between these walls.  My mother and I have been here for months now, she recuperating slowly, me slowing in time.  The muscle is falling from the bone.  Yesterday, returning to work after a four day leave, I was incapable.  I did nothing.  I have returned to a hillbilly randomness where meals are not planned, where there are just things to eat.  A turkey burger with boiled cabbage because that is what there is.  There is nothing wrong with that, but I begin to break.  My mother's day was bad, and I begin to snap.  I go to the store and buy beer and potato chips.  I drink whiskey.  At night, to make it stop, I take some meds.  I wake up too late, too groggy, and so the morning is gone.  Back to work.

I will take the rest of the week off like many this 4th of July.  But I will do nothing.  An afternoon drink.  A nap, trying to sleep away the hours.  Too afraid to get in the car, to go somewhere, to travel just to travel.  Maybe knitting or stamp collecting would interest me while I listen to "Judge Judy" and the endless ocean of commercials playing in the background.  All my life, it seems, I've been running in the other direction without feeling the bungee cord attached to my back.  I've stretched the tether to its limit now.

The recoil on this baby is powerful.
Posted by cafe selavy at 9:26 AM