If I Can Have a Moment, Please 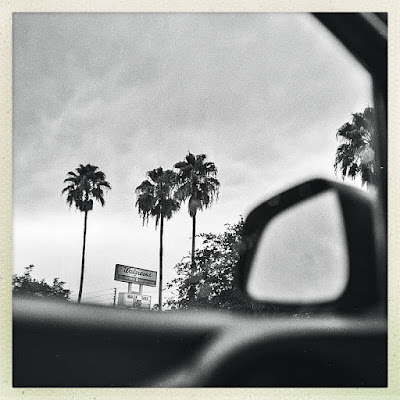 My mother and I finished watching the last two episodes of "Mad Men" last night.  Non-stop, every night, we watched between one and three of the 92 episodes.  I'm not sure how long it took, but it was over a month, I'm sure.  I promise you, it is the only way to watch it.  It is more of a masterpiece than I knew.  Rewatching it this intensely was a revelation.  It is like re-reading "The Great Gatsby," only longer.  I realized one thing in particular.  The world changed after "Mad Men."  I have to wonder if there would have been a #MeToo movement otherwise.  I think it changed the way we thought about relationships in a profound way.

From the start, my mother said about Donald Draper, "That guy is a creep."  Watching it with her was a bonus.  I enjoyed her critique.

It was a fortuitous time to finish the series, I think, for tonight I am going out for drinks with a friend for the first time in many, many months.  I told my mother I would be staying at my own home tonight.  I wasn't sure how she would take it, but it all seemed natural and fine.  I think that I may be more traumatized by it than she.  I realized last night that I would have to pack up a lot of things just to spend the night there--computer, tablet, coffee maker, vitamins, clothes. . . . It started worrying me last night, for you see, this is not only the first time I will have slept in my own bed in months but the first time I have slept in my own bed as a single man in years, and I wonder if I will be haunted.

I woke with a headache and a bad stomach this morning and thought of telling my buddy I would not be able to make it.  Psychosomatic, I'm sure.  I am more a crippled by life than I have given credit.

Tonight shall be interesting.

And you'll get a full report in the morning whether you want it or not.

I have been unable to sustain my thoughts here today.  I have a coworker arguing with me in texts about an essay in the N.Y. Times yesterday that I felt made a regrettable conflation of Louis C.K. and Harvey Weinstein.  She has made the argument about me, a MAN, who doesn't understand.  At the same time, my mother read to me a "cute" letter to the editor about a woman who said her mother used to call her a little monkey when she was a girl.  Was her mother calling her black?  So. . . I had to try to explain to my mother the dangers of an argument like that.  My mother is being chatty this morning.

All I want to do is. . . well, maybe I don't know any more.  I think I want to wander and roam, but maybe I just want to sit in a quiet room and try to deal with my emotions.  Life is scary both out there and in here right now.  I am tired of being walled away from life but whenever I talk to people it seems to be an argument.  And as the friend I'm having drinks with tonight likes to say, "What is the common denominator in all of that?"  He means me.

But conflicts lead to good stories.  And I'd like to write them down if I could get a moment.

But that isn't happening this morning.

The photo is another from the roll I took with the Rollieflex.  I am really starting to dig it.
Posted by cafe selavy at 8:59 AM